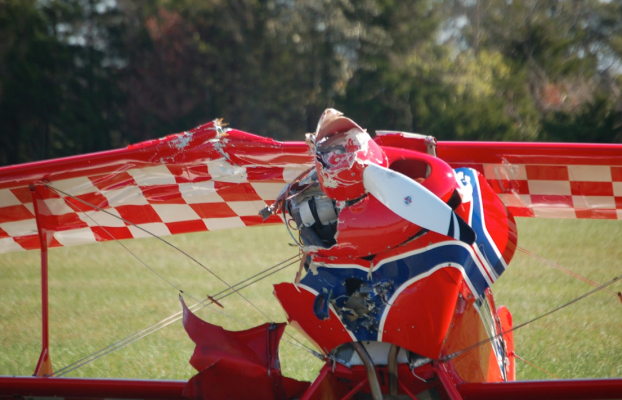 Two planes are reported to have collided on a runway at Farmville Municipal Airport (Photo by Emily Hollingsworth).

One hospitalized from collision

One pilot was hospitalized as a result of a collision that took place at the Farmville Municipal Airport Friday morning, according to Virginia State Police Public Relations Director Corinne Geller said.

Geller said one pilot, an adult man from Washington D.C. was transported to Virginia Commonwealth University (VCU) medical center for treatment of serious injuries. Another pilot was treated with minor injuries on the scene, Geller said.

Two planes collided on a runway at the Farmville Municipal Airport, according to Virginia Police First Sergeant G.L. Miller, who said the collision resulted in non-life threatening injuries.

Farmville Police Department and Prince Edward Volunteer Rescue Squad were on scene.
A representative at the airport confirmed the runway will be closed until approximately 3 p.m.

Miller said the two planes appeared to be taxiing on each side of the runway. He said both planes were running at the time of the collision and appeared to have hit at a speed of 20-30 mph.

Farmville Town Council voted unanimously Oct. 11 to not only table requests to rezone 37 properties from R-3 Residential to... read more