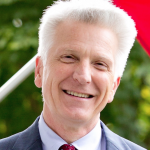 “Hampden-Sydney’s top-10 ranking in The Wall Street Journal’s list is a testament to the hard work of our faculty and staff who teach, coach and mentor our students as they journey from youth to manhood,” H-SC President Dr. Larry Stimpert said. “Our Ferguson Career Center is also a tremendous resource for students as they seek internships or prepare for careers after college.”

Stephanie Joynes, director of the Ferguson Career Center, was pleased with H-SC’s recognition for career prep.

“It’s gratifying to be recognized by The Wall Street Journal for something we’ve known all along for years,” she said. “Hampden-Sydney students not only receive a quality liberal arts education, but they also know how to transfer that knowledge into real world problem-solving.

Internships and experiential learning with our quality professors benefit not only employers and researchers, it also bridges the gap for students between academia and the workplace, making the transition seamless.”

An H-SC press release noted that TWSJ’s ranking “was derived from a survey asking students how well their college prepares them for careers. The question, in 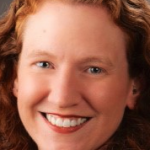 this case, focused specifically on a college’s effectiveness in helping students secure valuable internships. Students rated Hampden-Sydney 9.28 out of 10 in the survey conducted by the Journal and Times Higher Education.”

Acknowledging TWSJ’s ranking methodology, Stimpert said it showcased “the high regard in which our students hold this institution.”

“An additional element of The Wall Street Journal’s survey showed that our students are highly satisfied that they chose to attend Hampden-Sydney College,” he said. “And students indicated that at Hampden-Sydney, they feel that they are surrounded by exceptional, inspirational peers.”

School officials said in the release that “this strong expression of student support is reflected in other annual college rankings, including The Princeton Review, which ranks Hampden-Sydney’s alumni network as the ninth-best in the nation.”

Stimpert added this latest recognition from TWSJ gives clear indication that H-SC’s reputation extends far beyond the gates of the school.

He gave some insight into what makes H-SC so highly regarded when it comes to career preparation, highlighting the important contributions of alumni.

The Federal Energy Regulatory Commission (FERC) approved a certificate of Public Convenience and Necessity for the Atlantic Coast Pipeline and... read more