The median housing price across the state has risen 6.9 percent since Aug. 2014 — from $261,950 — according to a press release from the Virginia Realtors Association. 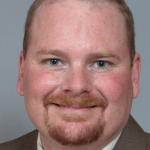 “We’ve had a robust market in the Farmville area and I myself have experienced several multi-offer situations this year, which is something we don’t normally see in our market,” said realtor Jason Meeks, president of South Central Association of Realtors. “But I’ve been involved in multi-offer situations five different times this year, so when you’ve got buyers competing for the same property, you know, that is always a driving force. Due to that demand, we are seeing prices edge forward.”

Meeks said that Farmville “feels like it’s kind of turning a corner” with multiple new businesses coming to town.

“I don’t think it’s a dynamic increase, but it is an encouraging increase in pricing,” Lafoon said. “I think primarily based on the fact that a lot of the distrust sales 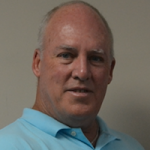 are moving out of inventory and we’re getting more of an arm sling of transactions is more the norm than it has been in the last seven or eight years.”

He said he thinks the market will continue to rebound as long as activity levels remain encouraging.

“Activity in the real estate market is always the catalyst that creates a good and healthy market,” Lafoon said. “As long we maintain a healthy level of activity in the buying and the selling, I think we’ll continue to see a nice recovery.”

The release also cited that the median price in August declined 5.1 percent from July’s $295,000, which is typical of seasonality.

“Illustrating continued buyer motivation, the average number of days on the market was 3.3 percent lower than at the same time last year — 58 days, versus 60 in August 2016,” officials said in the release. “Month-over-month, average time from list to close lengthened by 13.7 percent, in keeping with historical seasonal trends.”

According to the release, year-to-date volume of sales for the period January through August rose 8.9 percent over the same period in 2016.

“Demand has continued to outpace supply, keeping prices elevated and days on the market relatively low,” officials said in the release.

Ayers Building and Supply Co. Inc. is set to close its doors Thursday. Co-owner Beverly Ayers said it would be... read more