A film screening at the Robert Russa Moton Museum demonstrated the life and civil rights work of Alice Tregay, whose activism created societal and political change. 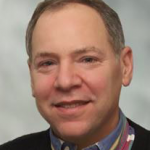 “Alice’s Ordinary People” was screened in the museum, where members of the public, representatives of the Moton Museum and the Central Virginia Regional Library (CVRL) got to meet Director Craig Dudnick and ask questions after the film.

Tregay, based in Chicago, focused on political education and action to equalize housing opportunities for African-Americans, desegregate public schools and later create greater employment opportunities for African-Americans and elect a more representative government. She was the founder and director of the Political Education Division of Rainbow/People United to Save Humanity (PUSH) and supported leaders Dr. Martin Luther King Jr., the Rev. Jesse Jackson and the Rev. James Bevel.

Tregay, who died in 2015, was presented with an award in 2004 by then Illinois state Sen. Barack Obama, who would later be elected the first African-American U.S. president.

Tregay, in the documentary, described the challenges she faced in civil rights demonstrations with Dr. King and later facing intimidation and threats when working in politics.

Her efforts to encourage political education and voting rights was crucial in Harold Washington, the first black mayor of Chicago, being elected.

Dudnick noted similarities between Tregay’s push for change and Barbara Rose Johns, who led a student demonstration to protest unequal education in Prince Edward County, which he said he learned after touring the museum and the area.

“She said, ‘This is right,’” Dudnick said about Johns’ decision to demonstrate. “And that’s what civil rights is … for what’s right.”

“And we certainly have the wonderful examples of people who have done it,” Dudnick said.

Dudnick said he has been showcasing the documentary to libraries across the country, and that it has been presented in Australia, Canada and New Zealand.

Dudnick encouraged people to be involved to continue societal change and reverse injustice.

“It’s not an easy fight,” Dudnick said about Johns’ and Tregay’s efforts. “But we need all hands on deck. Everybody has got to participate.”

“They were two ordinary people who did extraordinary things for similar reasons,” Ewing said. “I thought it fit pretty well.”

“It was great to have the opportunity to welcome Director Craig Dudnick and show the story of Alice Tregay at the museum,” Townsend said. “Her contributions to civil rights make her one of many influential unsung heroes of the movement. There is much significance of showing the film at Moton, which has many unsung heroes that are starting to get acclaim. One of our roles as a center for civil rights education is to bring stories like Alice’s into the limelight.”

Martha Pennington Louis became compelled to record her parents’ history after the birth of her first grandson, Oliver. She decided... read more