The Federal Energy Regulatory Commission (FERC) approved a certificate of Public Convenience and Necessity for the Atlantic Coast Pipeline and Supply Header Oct. 13. According to Dominion Energy spokesperson Aaron Ruby, the FERC approval is the main regulatory approval needed prior to the beginning of construction. 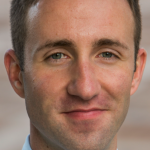 The ACP — being led by Dominion — is a 600-mile natural gas pipeline that would begin in West Virginia, span Virginia and end in North Carolina. A 42-inch pipeline would span Buckingham County, and cross Cumberland and Prince Edward counties. The project has been hotly contested in Buckingham County.

“There are still a few other state and federal permits that we need before we begin, mainly we need water quality permits from the U.S. Army Corps of Engineers and then from each of the state departments of environmental quality and based on the time frame that the agencies have discussed publicly, we fully expect to receive all remaining state and federal to begin construction by the end of the year,” Ruby said.

“We are very pleased to receive FERC approval for this vitally important project. This is the most significant milestone yet for a project that will bring jobs, economic growth and cleaner energy to our region,” Hartz said in the statement. “…Our public utility customers are depending on this infrastructure to generate cleaner electricity, heat homes and power local businesses. The project will result in a growing economy, a cleaner environment, and lower energy costs for consumers and businesses across the region.”

In the statement, Hartz cited that Dominion Energy commends the FERC staff and commissioners for the diligent and painstaking work they’ve done in the past three years.

“We also sincerely thank the landowners and communities whose valuable input has contributed to the project,” Hartz said. “This has been one of the most thorough and exhaustive environmental reviews ever done for a project of this scope. This unprecedented scrutiny should give assurance to all communities that their voices have been heard and that the project will be built in a way that protects public safety and the environment.”

The meeting will take place in Richmond at the Trinity Family Life Center. According to Ruby, only those who spoke during the official comment period will be able to comment at the meeting.

A public hearing regarding the water quality permit was held at Longwood University’s Jarman Hall Aug. 10 and saw 23 people speaking in favor of the quality permitting and 51 speaking against.

Residents of the Heart of Virginia will enter polling places Nov. 7 for the gubernatorial election. All residents will have... read more