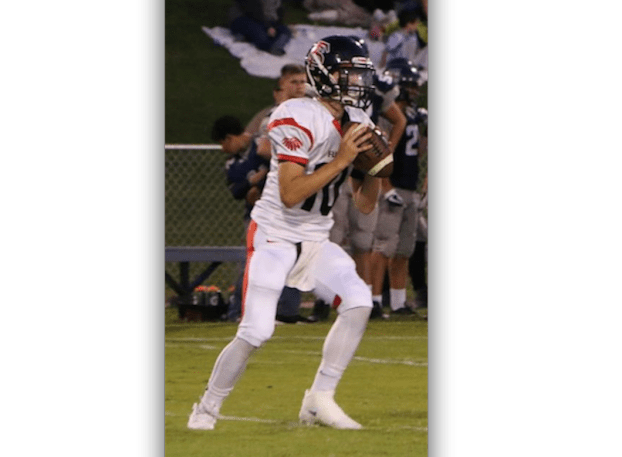 Fuqua School’s varsity football team returned home from Chesterfield with what its head coach was anticipating — a big win.

The Falcons defeated host Richmond Christian School 41-8 to improve 4-2 on the season.

“It was a good game for us,” Fuqua Head Coach Ben Manis said. “We got some young guys in early. Hopefully that helps build some depth, but it’s one of those things, we’ll have to see when we’re up against a higher quality opponent.”

The Falcons are keeping the playoffs in mind even now.

“I think Ben Bailey had a good game, and we pulled him early,” Manis said. “We’re hoping to go into the playoffs healthy, and so we pulled a lot of our guys early. So nobody really had a whole lot of great stats, because we spread it around.”

Bailey, a senior, finished the game with seven carries for 123 yards and two touchdowns.

Senior Billy French went 4-for-10 passing for 52 yards and two touchdowns. He connected with sophomore Elijah Warner on a 20-yard scoring toss and with senior Clay Osborn on a 13-yard scoring pass.

Warner also scored on a 38-yard run and returned a punt for a touchdown.

The Falcons have a bye this week but will return to action Friday, Oct. 27, when they host Isle of Wight Academy for homecoming at 7 p.m.