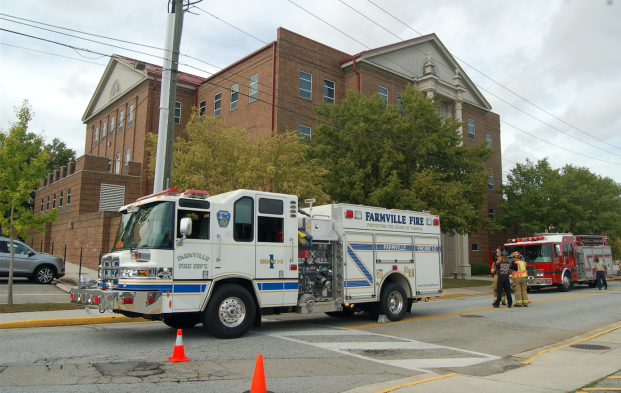 Three separate departments responded to the Prince Edward County Courthouse on Monday for reports of smoke. (Photo by Morgan White)

Fire departments responded to the Prince Edward County Courthouse on Monday afternoon after they were called regarding a smell of smoke and a sighting of smoke in the building. First Lt. Ronald Shult of Farmville Volunteer Fire Department said when the crew got on scene, no smoke was showing.

“As of right now they haven’t been able to smell smoke or anything, but they can smell something burning,” Shult said. “We think right now it’s probably something to do with the HVAC unit, like a belt broke or something. That’s what they’re checking right now.”

Planning help will be sought

Members of the Farmville Town Council voted unanimously Wednesday to issue a request a request for proposals (RFP) for an... read more