Farmville Town Council voted unanimously Oct. 11 to not only table requests to rezone 37 properties from R-3 Residential to R-3A Residential, but to remove the request from future meeting agendas. The vote took into consideration the Farmville Planning Commission’s recommendation to table two controversial rezoning requests from Robert and Sherry Martin and Walk2Campus Holdings LLC while asking the town council to authorize the town manager to prepare a request for proposals for outside consultants to assist the town in updating its comprehensive plan and reviewing and proposing amendments to the town’s zoning ordinance. 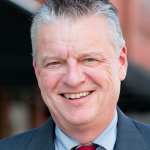 “There appears to be a lot of confusion about the next steps and where this request goes. The planning commission tabled it, they tabled the request pending updating of the comp plan and perhaps reviewing the zoning map,” said Mayor David Whitus. “So I would ask that council accept the planning commission’s recommendation of tabling it and also removing it from the council’s agenda because in looking at the process, it will probably take 18 to 24 months for the review and etcetera, so then it can come back up to the planning commission if the applicants wish to be reconsidered, you know, under the new comp plan and zoning.”

The recommendation was voted on by the planning commission following 27 people who spoke against the project — citing quality-of-life issues, noise, the historic nature of the area, parking, trash, traffic, the precedent the rezoning could set and density levels.

“Scott (Davis) has experience in economic development and zoning and will be starting in his position of assistant town manager on Monday,” Town Manager Gerald Spates said at the 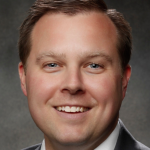 September planning commission meeting, asking the commission “to get Mr. Davis involved to help guide and direct the process ahead of us.”

Spates said not only did the comprehensive plan need to be revamped, but it’s also necessary to take “a look at improvements to our zoning ordinance to bring them up to date with current standards.”

Spates noted that outside consultants would help with the process of amending the documents. “I think by going through this process and the public hearings, it 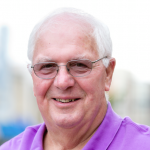 would give the citizens an opportunity to weigh in on any of these changes that would be made.”

“I think we need to get the public involved in the comprehensive plan and in the zoning (ordinance),” Commission Chairman Sherry Honeycutt said.

“I would just say that we were looking at, obviously already looking toward writing the (request for proposal), but I have been contacted by a company that does work on comprehensive plans and zoning amendments, and we may have a different opportunity, so we’ll be looking at that avenue and bringing it back to council as well,” said Assistant Town Manager C. Scott Davis regarding plans for updating the town’s comprehensive plan at the Oct. 11 meeting.

Barbara Rose Johns has been selected among the top three potential names for a high school in Virginia’s largest school... read more