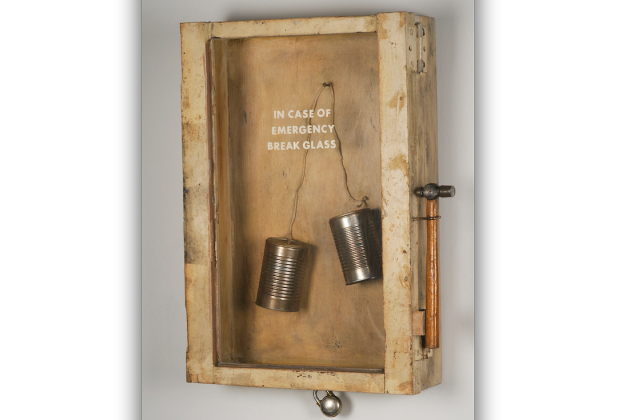 Multimedia work, “It’s Time We Start Over and Talk About Hate” by VL Cox.

Break Glass to open at LCVA

The Longwood Center for the Visual Arts (LCVA) will feature the poignant and timely work of VL Cox with its upcoming exhibition, “Break Glass: The Art of VL Cox – A Conversation to End Hate.”

According to a press release, Cox’s artwork will be on display Nov. 3-Feb. 18 with an opening reception in the galleries on Nov. 3 from 5-8 p.m.

“Through her art, Cox aspires to spark conversation about civil rights and equality, while also exploring the persistence of hate and injustice in America today,” officials said in the release. “Her work is often born in cathartic response to contemporary events and shaped from her own personal experiences growing up in Arkansas.”

“Personal conversations, with respect to one another, need to be had before we can move forward together,” Cox said in the release. “There used to be a time when people could agree to disagree with civility, yet still have things in common. We need to find that place again.”

Cox creates her work from found objects, appropriating them to make pointed criticisms about some of today’s most troubling topics – often delivering a message that is in direct opposition to the objects’ original message or intended use. Conversely, she shines a light on the misuse and corruption of institutions, offices, and artifacts by those who manipulate them in support of their own greed or hateful personal agendas.

Cox first began working on this series in January 2015.

“I embarked on a path of change with my artistic career thanks to a changing political climate that I believed set a dangerous precedent of discrimination in our society,” Cox said in the release.

“‘Break Glass’ will make people uncomfortable, and that is not necessarily a bad thing,” said Rachel Talent Ivers, executive director LCVA. “Discomfort is a sign of progress in the effort to end hate. It signals an awareness that all is not well and work still needs to be done. In this case, discomfort is far preferable to acceptance of inequality.”

The LCVA believes that art can inspire people to lead more hopeful, creative, and participatory lives within the community for the greater good. As LCVA’s mission states, “we are committed to improving the quality of life in the region by providing full access to the visual arts.” Though Cox’s work may cause uneasiness at first glance, it calls viewers to unite in an endeavor to end hate.

In conjunction with this exhibition LCVA will facilitate thoughtful conversation and deep self-reflection through collaborative programing and gallery guides. LCVA will host guest speakers such as Jacquelyn Serwer, chief curator of the National Museum of African-American History and Culture, and Daryl Davis, an American blues musician who has spent time meeting and befriending members of the Ku Klux Klan and the subject of the recent PBS documentary “Accidental Courtesy.”

“Break Glass” is complemented by “There’s Just Us,” an exhibition of photography by Longwood University Assistant Professor of Communications Studies Dr. Alec Hosterman. “There’s Just Us” depicts the chaos and tension that unfolded in Charlottesville at the Unite the Right rally, a white supremacist protest held at Emancipation Park Saturday Aug. 12. Hosterman’s photographs provide a local context to the nationally-based conversation ignited by Cox’s art.

One way to find your artistic voice is through extraction and simplicity, according to Ursula Burgess, workshop instructor. Ursula Burgess... read more