Members of the Buckingham County Board of Supervisors voted to approve a special use permit for a temporary campground on Monday — one which will be located on Buckingham Centre Drive behind McDonalds in Dillwyn. 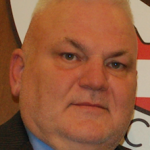 The proposed campground — sought by Atlantic Investment Corporation and Lucky Management Inc. — will be on 4.5 acres of land near the intersection of Routes 15 and 20.

According to the permit application, the purpose of the permit would be “to establish a two-year (recreational vehicle) RV park on vacant commercial property (80 units max) and adjoining vacant properties.”

The application cites that approximately 60-80 … (RVs) or fifth-wheel homes are estimated to be accommodated on the property.

The changes include the presence of security at the campground site, which had originally been proposed to be an onsite security person from 7 a.m.-7 p.m., then amended to have members of the Buckingham County Sheriff’s Office provide security as reasonably required. The condition was finally amended by county staff to have security personnel visit the site at random times — at least three times each day over a 24-hour period.

“There shall be a certified/licensed security person, at the expense of the applicant, that randomly visits the property at least three times per 24-hour period and with onsite hours totaling no less than three hours per 24-hour period,” the amended conditions provided by Cobb cites.

“At the discretion of the Buckingham County Sheriff’s Department, increased onsite hours may be required, or after 12 months of operation onsite hours may be decreased. The security person when and where necessary, must also aid with traffic flow and enforcement of directional signage.”

Snoddy noted during the September board of supervisors meeting that the construction of the campground would be contingent with the development of the Atlantic Coast Pipeline (ACP).

District Two Supervisor Donnie Bryan was concerned that the changes made following the public hearing left citizens at a disadvantage who were not able to voice opinions regarding them.

“I counted six conditions that were changed from the original,” Bryan said. “When we first advertised this, we advertised with a certain set of conditions. We held a public hearing. That was the public’s perception of what was going to go for this park. A lot of things have changed now that we’re not going to let the public speak again.”

“Now that six conditions have been changed, you’re going to ask the public ‘Be quiet, don’t speak,’ because we have changed the conditions. You have already had your chance to speak,” Bryan said.

Snoddy said the advertisement reflected more of the conditions made by the planning commission instead of the board of supervisors.

“That’s not the case and that’s not what I’m saying … Your conditions were never presented to you as something that was a proposal to begin with. That was something that’s staff-directed. Your planning commission had turned it down. So basically you started from the get-go, all over again, when we’ve got to this board.”

“Now, the entire process falls into your lap as you making the decision about what conditions there are and what the nature of the special use permit is,” Snoddy said. “I’m not saying to you to cut off what they’re saying, I’m simply saying that (the advertisement) was a starting point.”

Members of the public during the September meeting expressed concern regarding the campground, citing its proximity to the Central Virginia Christian School, not knowing the backgrounds of the potential campground occupants — particularly those building the proposed ACP — and that the campground could potentially detract businesses and economic resources from motels.

Farmville 801 District Supervisor and Board Vice Chairman Pattie Cooper-Jones of the Prince Edward County Board of Supervisors was given... read more