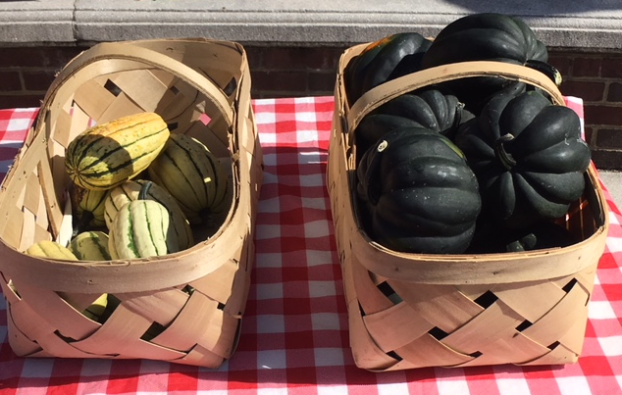 Pictured is some of the fresh-grown produce that was available for purchase at Hampden-Sydney College’s inaugural Farmer’s Market on Oct. 6 in front of Pannill Commons. The produce was provided by Archlynn Farm, which is based out of Charlotte Court House.

A fresh resource for healthy living

Hampden-Sydney College (H-SC) students, faculty and staff recently enjoyed a fresh, original opportunity to gain a better understanding of where food in the area comes from and to learn ways they can eat healthier. 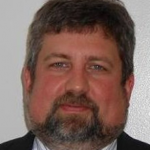 “I think it went really, really well,” he said. “My goal was kind of to, one, bring a little education to our student body but also a benefit for our faculty and staff. And I think we had a lot of faculty and staff come over and partake of the farmer’s market and they seemed to really enjoy it. They all had great comments to say about it.”

Shepard estimated that a couple hundred people — between students and faculty — were exposed to the market as they came to the dining hall for lunch.

With the latter two vendors present primarily for the opportunity to educate, Archlynn Farm, based out of Charlotte Court House, was the lone vendor selling produce at the market.

He noted that Elim Springs, based out of Amelia Court House, brought raw milk for people to sample.

“So students had an opportunity to taste the raw milk and see a difference between that and what they buy in a store as far as processed,” Shepard said. “… They were amazed at such a flavor difference than what they’re typically used to.”

He added that they also learned of the added health benefits of raw milk versus processed milk.

Highlighting a key benefit of vegetables that are grown locally, Shepard said, “They’re fresher when they get to the consumer than something that may have been grown in Mexico or California and shipped for days or weeks across the country.”

On Elim Springs’ website, it describes the farm and dairy as “bringing you raw milk, pastured beef, chicken, pork and eggs naturally. … We are a family-owned and operated farm in Central Virginia.”

Shepard noted that both Archlynn Farm and Elim Springs participate in the Community Supported Agriculture program.

“It’s basically where you kind of have a subscription with them and can receive a weekly share of whatever they produce for the week,” he said. “They bag it up, and they’ll drop it off at a pick-up location in town, and natural pHuel is one of those pick-up locations.”

As it stated on its website, “natural pHuel is a space to help create balance. Feeding ourselves — spirit, mind and body, is the focus. The vision is to create a community space where we learn self-health, on all levels.”

Shepard said that natural pHuel educated people at the market on things including, but not limited to, pressure points on the body, what they relate to and color therapy, which involved glasses with colored lenses that people could try on. The vendor also had oils that are beneficial to one’s health.

As he put the event together, Shepard worked closely with the Farmville Farmer’s Market, which he said came out and gave him some literature to hand out. Another goal he had for the event was for it to make students, faculty, staff and the community more aware that there already was a farmer’s market in the area every Saturday.

About a year and a half ago, Shepard moved to the area from Spartanburg, South Carolina.

“We had a great farmer’s market that was there that I was really involved with,” he said. “We actually ended up building the new farmer’s market right in a lower income area.”

It allowed customers there easier access to use their Supplemental Nutrition Assistance Program benefits, just as they can here in Farmville.

Shepard’s efforts to get people to consume fresh, more nutritious food items are also observable in his impact on food service at H-SC.

“Here in the dining hall, one of our big pushes and goals is, we’ve basically eliminated all canned and frozen vegetables,” he said. “Ninety percent of the vegetables that we serve are fresh, just to hold that nutritional value, and we’re making sure that we’re not overcooking everything to the point that they lose their nutritional value. We know how 20-something-year-old boys are. Their diets aren’t always the best, so we’ve got to try to save some of that nutrition as much as we can for them so that we can keep them healthy.”

As for the H-SC Farmer’s Market itself, Shepard said, “I had a lot of interest on doing this again in the future, so we may talk with some of the vendors that were here and talk with the Farmville Farmer’s Market and see if it could be something we could set up maybe on a monthly basis, if nothing more,” he said.

He said that if the H-SC Farmer’s Market is held again, it would not be until the spring.

The Virginia Department of Environmental Quality (DEQ) issued a drought watch last Wednesday for counties in the Heart of Virginia,... read more