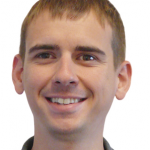 “Earning the CRCM designation validates Jake’s experience and depth of education in the bank regulatory compliance industry,” said Benchmark’s President/CEO Jay Stafford in a press release. “We are pleased that he has achieved this level of proficiency in this critical component of bank regulation and operations.”

“Financial services professionals, working through the Institute of Certified Bankers (ICB), initiated the CRCM designation and six others to establish meaningful standards of knowledge in specialty areas of the financial services industry,” officials said in the release.

Whether you want to laugh, cry, think or play along, the play’s the thing in Farmville. Upcoming performances include “Macbeth,”... read more