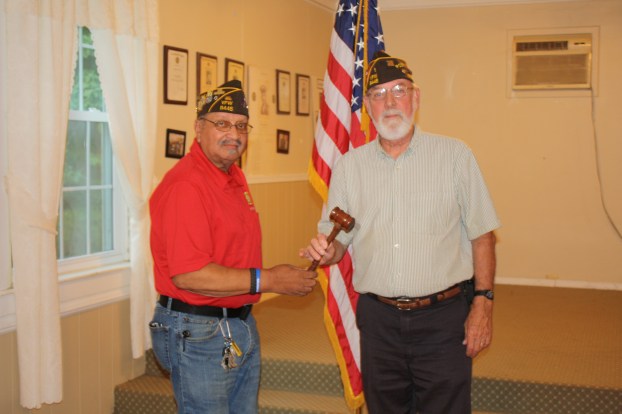 Former Post Commander John Sedgwick presented the gavel to Present Post Commander Victor Moss at the July 13 Buckingham Veterans of Foreign War Post 8446 meeting that was held at the Veterans Hall in Buckingham. According to a press release, Moss said he looks forward to working with the VFW members and the Buckingham community in the upcoming year.

“Any veteran who may be eligible to join the Veterans of Foreign Wars is welcome to come to one of our meetings on the second Thursday of each month at the VFW Post on Route 60 which begins at 7 p.m.,” officials said in the release.

The world through my windshield

I drove back to Farmville on a recent sultry day. Gratitude for my car’s air conditioning kept me in good spirits... read more