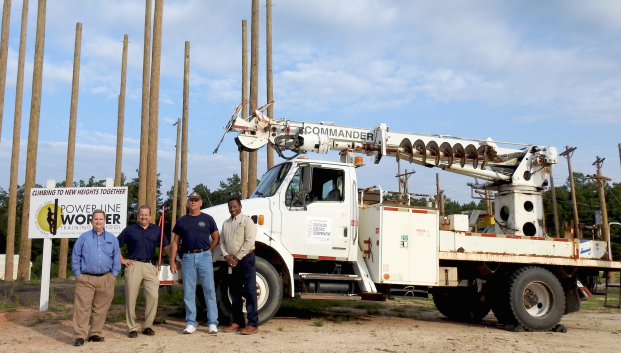 According to a press release, the truck has spent time at Fort Pickett, where the Power Line Worker Training School campus is located. Fort Pickett is served by SEC, and the truck was used for reconditioning the power lines on site.

“I would like to thank SEC for its generous gift to the program. We needed this equipment so that we could expose students to as much ‘everyday’ line work as possible. Together we are making a difference in the lives of these young people,” Robertson said in the release.

Edwards said in the release, “At SEC, we value our partnership with SVCC through the Power Line Worker Training School program. We were preparing to retire a line truck in our fleet when we realized the current class did not have access to one. We recognized that the value of the truck would be greatly enhanced as a donation to the program. The truck is fully operational and ready for the school to use for many years.”

The first of its kind in Virginia, the school was founded in 2016 by a public-private partnership between Virginia’s electric co-ops, SVCC, Virginia Community College System, Virginia Foundation for Community College Education, Rural Virginia Horseshoe Initiative and the Commonwealth of Virginia.