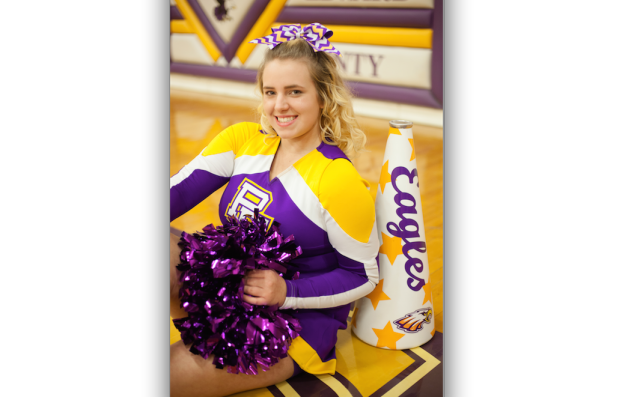 Brianna F. Giuriceo, 18, is being remembered for her ambitious high school career.

“The world has lost a young lady who had such potential to make it a better place,” said Prince Edward County High School educator Debbie Rush, speaking about Giuriceo.

Giuriceo died in a single-vehicle crash in Prince Edward County on Thursday, according to Virginia State Police (VSP). She died at the scene of the crash, police said.

She noted the driver, Gavin A. Lozano, 20, of Farmville, was flown to VCU Medical Center in Richmond for treatment of serious, but non-life threatening injuries.

Geller added that both the driver and passenger were wearing seat belts. Lozano was charged with reckless driving. The crash remains under investigation.

Giuriceo graduated from Prince Edward County High School (PECHS) this year where she was involved in band, cheerleading, forensics, German exchange, FBLA and the Tri-M Music Honor Society in addition to her being an honor roll student and honor graduate, according to Rush, who is the school’s drama, forensics and debate coach.

Rush said Giuriceo joined the PECHS forensics team her senior year and was a natural.

“She and her good friend, Breanna Edwards, performed in serious duo interpretation and won first place at the conference level,” Rush said. “I remember how happy she was.”

Carley Fetty, one of Giuriceo’s cheerleading coaches, said she was unique, brave and kind-hearted.

“She walked into a room and everyone around her glowed — that was just the effect she had,” Fetty said.

Fetty said Giuriceo knew no strangers because “to know her was to love her.”

“You could not miss Brianna on Friday nights, cheering on the sidelines with the cheerleading team and then taking the field with her marching band in her cheer uniform,” Fetty said

“This was her style, she smashed stereotypes and exceeded expectations,” Fetty said. “That is how I will always remember her — the marching band, cheerleader who rocked that Miss Five County tiara like the queen she was.”

According to Giuriceo’s obituary, she had been accepted to Mary Baldwin University with academic honors and was a supporter of dentistry for underprivileged children. The obituary also cited that Giuriceo had won Miss Autumn Dream, another beauty pageant, in 2016. She is the daughter of Gregory Lee Giuriceo Jr., of Farmville, and Shelia Smith Ransom, of Oklahoma, and was born in Farmville. She is survived by her parents, three grandparents, a sister and a brother as well as many aunts, uncles, cousins and friends.

Coffee and conversation with candidates set

PRINCE EDWARD — The Prince Edward County Republican Committee is holding a coffee and conversation event with candidates for the Prince... read more