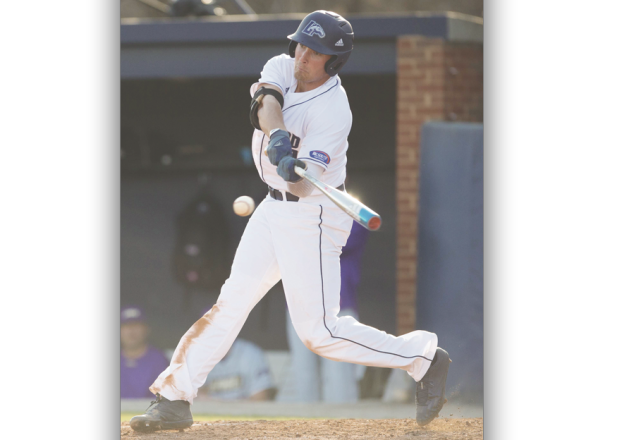 Longwood University’s Justin Mitchell was a standout for the Lancers in 2017, and he has been a standout this summer for the West Virginia Miners (photo by Mike Kropf).

For the Longwood University baseball players spread across the eastern seaboard playing collegiate summer ball, the summer is just about at an end as the playoff push continues for some teams and the season is over for others. Lancers Cody Boydstun, Eric Crain, John Gregory, Jawan McAllister, Sammy Miller, Justin Mitchell, Ryan Shull and Antwaun Tucker have all but wrapped up the 2017 summer session ahead of the 2018 Longwood baseball season.

“The players that headed out for summer leagues did an outstanding job of representing our program,” Lancers Head Coach Ryan Mau said. “They were able to experience a lot of success and should be able to build off that going into this fall. We are excited for their return back to campus and look forward to seeing the strides they have made.”

Following are highlights from some of the Lancers active this summer.

Mitchell, a junior college transfer, burst onto the scene in his first season with Longwood, finishing second on the team with 32 RBI. As of Friday with the Miners, Mitchell had been riding a six-game hitting streak, putting together back-to-back two-hit games with three RBIs each.

Longwood’s starting center fielder, Miller, led the team with 31 walks, a .402 on-base percentage, and 22 stolen bases in 2017. Miller has been the most consistent hitter on his summer squad, hitting .302, the second highest average on the team, in 48 games played with 43 starts — both team-high marks.

The Marlins, winners of six in a row entering Friday’s action, were making a push for the playoffs.

A go-to bullpen arm in his sophomore season, Boydstun struck out 36 batters in 24.0 innings across 17 outings in 2017, a rate of 1.5 punchouts per inning pitched.

He picked up his second win of the summer with 3.0 innings without a hit or walk allowed and three strikeouts on Aug. 1 against Fayetteville.

Boydstun has put together a four-to-one strikeout-to-walk ratio in a team-high 17 appearances.

As a freshman, Gregory was used exclusively as a relief pitcher, making 11 appearances for the Lancers with one save during the regular season.

With Harrisonburg, Gregory was one of the go-to arms, finishing second on the team with 35 strikeouts. The season ended July 30 for Harrisonburg with a 5-3 loss in the first round of the playoffs to the Waynesboro Generals.

A standout as a freshman Lancer, Tucker last played July 16 as a part of the 2017 Summer Showcase he took part in after being voted to the Valley League All-Star team.