A proposed fence ordinance that would have allowed a judge to fine up to $250 in civil penalties for livestock owners in the event their animal strays upon a highway, public property or private premises of someone else’s property is set to be amended with the help of county farmers following a split 5-3 vote during Tuesday’s packed Prince Edward County Board of Supervisors meeting. 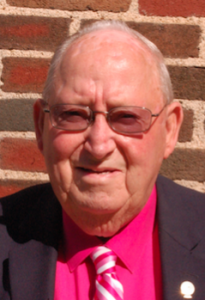 According to Prince Edward County Attorney Jim Ennis, the existing ordinance — which allows punishment in those in violation as a class four misdemeanor — has been ruled unenforceable by a judge in Prince Edward Circuit Court.

The vote followed a public hearing where the ordinance was opposed by each farmer who spoke.

“I think the majority of people who are here tonight are opposed to at least the ordinance that we had already, and I think they are here to show support that they are concerned to the ordinance that’s going to take place,” said David Emert, president of Prince Edward County Farm Bureau. “… On behalf of the people in my area and behalf of the Prince Edward County Farm Bureau, we are definitely against it.”

“There’s just nothing to it,” Tarlton said. “You know, if I’m going to be fined $250 for raising two turkeys, I’m going to really oppose this.”

“If you have fencing, and you’re trying to obey the law, how much fencing do you have to have?” Tarlton questioned. “We own 14 acres of property. Do I have to fence my whole 14 acres to raise four calves or a half dozen goats or whatever?”

“A responsible farmer is going to be responsible no matter what we do and if you have animals for income producing purposes, you’re going to take care of them,” Tarlton said. “… I just think that these ordinances sometimes are too hard, to hard on the public in general.”

She said when the board restricts people, they harm themselves and their community.

The proposed ordinance cited the “boundary line of each lot or tract of land or any stream in the county shall be a lawful fence as to any livestock,” noting that a boundary may be defined as a stream — such as a creek, river or other body of water —  that would keep animals from leaving their property. 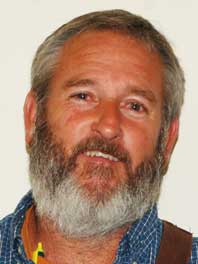 “It shall be unlawful for any person to allow or permit any livestock, as defined herinabove or poultry or fowl of any description owned by him or her or under his or her control, to stray upon any highway or public property,” the proposed ordinance cited. The ordinance also cited livestock, poultry or other fowl shall be sufficiently confined or fenced by the owner or person exercising control over the same so as to prevent them from trespassing or straying.

The ordinance stipulated a maximum $250 penalty that a judge could render if someone is found in violation of the law.

Lockett District Supervisor and Board Chairman Robert M. “Bobby” Jones said prior to the vote that the ordinance may need a few areas of tweaking.

“I rent a fair amount of pasture from some people; we need to make sure that… the owner of the cattle is the one to be fined, not the property owner,” Jones said.

“I have neighbors that I help put the cows back in when things happen and that’s not a problem, I don’t mind doing that,” Timmons said. “I do have a little problem with when they don’t fix the fences and the cows back out … Then it becomes my responsibility, under the way I hear (the speakers) talking, my responsibility … if I don’t want (livestock) on my property then I have to fence my property to keep your property off my property, and I don’t go with that.”

The approved motion stipulates that Ennis will meet with four farmers from the Prince Edward County Farm Bureau to revise the proposed ordinance and put on paper the policy that county animal control officers will use in enforcing the ordinance.

According to Ennis, the proposed ordinance would have allowed a warning to animal owners who have had an animal escape their permitted boundary prior to issuing the owner the $250 civil penalty.

The Virginia Department of Environmental Quality (DEQ) is in the process of holding a public comment period and is set... read more