U.S. Sen. Mark R. Warner, D-Virginia, recently introduced legislation that, if approved, could potentially help people in low-income and low-access areas in Virginia — including counties in the Heart of Virginia — and across the country, receive access to fresh, healthy food. 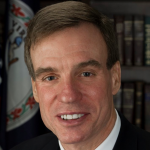 According to a press release from Warner’s office, the bill — called the Healthy Food Access for All Americans Act — would be the first comprehensive food desert legislation to be introduced in the U.S. Senate.

“The United States Department of Agriculture (USDA) defines a food desert as an area where a grocery store is not available within a mile in urban communities or 10 miles in rural areas,” officials said in the release. “This bill expands on that definition by adding U.S. census tracts with a poverty rate of 20 percent, or higher, or a median family income of less than 80 percent of the median for the state or metro area.”

Cumberland County doesn’t have a grocery store, while Prince Edward has two com 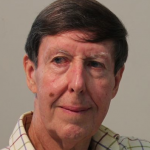 “This bill will provide a pipeline of investment into these communities so that businesses and nonprofits find value in providing healthy and nutritious food to local families.”

The release cited that the bill, if passed into law, would give a tax credit or grant to businesses and nonprofits that are certified as a Special Access Food Provider (SAFP) by the U.S. Department of Treasury and the USDA.

“A for-profit company building a new grocery store will take advantage of the tax credit; therefore, they will send their application to be certified as a SAFP to the regional Community Development Entity first, then to (the) Treasury,” Uriarte said. “Treasury will consult with USDA on whether or not the proposed grocery store should qualify, then they will send them back documentation to attach to their year-end tax information should they be approved.”

Uriarte said nonprofit merchants could take advantage of the grant.

“Since they are already in operation, they will apply at the end of the year to be certified as a SAFP after meeting the requirements for serving food deserts in the year prior,” Uriarte said. “Should they be approved, they will receive a grant for 10 percent of their operating costs from that particular year.”

The release cited food banks that build new permanent structures in food deserts would be eligible to receive a one-time grant of 15 percent of their construction costs after certification as an SAFP.

“This is terrifically exciting because that’s exactly the problem we’re trying to address in this area with the partnership between FeedMore and (FACES Food Pantry),” Sedgwick said.

Sedgwick said FACES Food Pantry partners with FeedMore and is working to fundraise for a building to create a distribution hub in Farmville for an eight-county area.