Wise Ridge to be auctioned

Wise Ridge Country Store, located off of U.S. Route 15 between Dillwyn and Sheppards is set to be auctioned next month after opening in 2007.

The auction is being handled by Torrence, Read & Forehand Auctions based in Forest. 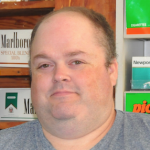 Owner Jeff Sheffer cited the reason for putting the store up for auction was the death of his stepfather and the overwhelming hours that he and his mother, Joanne, work to operate the store.

The owner will have right of refusal during the auction, Joanne said.

Jeff said the auction will allow them the choice to refuse certain bids throughout the month, and said the process will last through the end of August.

He said his late stepfather, Billy Reynolds, was in charge of everything from carpentry to stocking, and had a charismatic personality to match.

“He was this larger- than-life guy who loved this store,” Jeff said.

Having lost his stepfather, the family business fell from three family members to two. Jeff said he and his mother work between 50-80 hours a week to operate the store — something that is becoming increasingly difficult for he and Joanne particularly, who is turning 68 this year, to manage on their own.

“It is hard to have a family-owned business with one family member who works 80 hours a week,” Jeff said.

The only day of the year they close the store, Jeff said, is on Christmas Day. 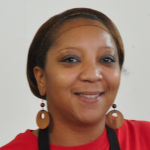 Jeff’s home in the store is more than a symbolic statement. A three-bedroom apartment is located in the rear of the store, where Jeff has lived.

He said one of the most significant parts of running Wise Ridge Country Store is seeing the people who came in 10 years ago.

He remembers seeing kids walk through the store in 2007 who are now high school graduates, and having two employees who worked at the store at 16 who recently had their second child.

He said customers have been forlorn when notified of the news, but have offered support.

“Overall, we have gotten some very good, calm and loving support,” Jeff said. “They are very sad, but understanding.”

The store was first opened in 1949 by Richard Wise, according to the country store’s website. Wise and his family sold the store to the Palmer family in 1971. The Palmer’s operated the store until it closed in 1983.

He said when he supervised the renovations before the store’s reopening in 2007 that the repairs were extensive. In the pantry, Jeff said there were no floors.

The store is on a three-acre parcel, is 2,208 square feet and includes an approximate 900 square foot area for retail, kitchen, stock room and dining.

A three-bedroom apartment, described as having 858 square feet of living space, is also attached to the back of the store, according to the auction website.

Fresh pizzas with handmade dough are made in the store, in addition to sandwiches and homemade desserts.

Behind many of the desserts, deli and pizzas is baker and cook Tanisha Tindall, who has worked with Wise Ridge Country Store for three years.

Tindall said she’s formed close bonds with many of the customers, and said even on holidays customers will bring gifts to her, Jeff and Joanne.

Joan and John Ewers have come to the store regularly since it reopened, and enjoy sitting at the table in the center of the store and bringing back homemade chocolate chip cookies for their grandson.

“I just like to come in and sit down and talk,” Joan said, describing the comradery and conversations that take place in the store. “Places like this are few and far between, where people can come in, sit down and know each other.”

Lyn Hill, the solid waste supervisor for Buckingham County, said he lives 12 miles between Farmville and Buckingham Court House, and that Wise Ridge has been the perfect, convenient location for a good meal and conversation.

The Buckingham Branch Library offered the community a display of this year’s Virginia Women of History through June 20. According... read more