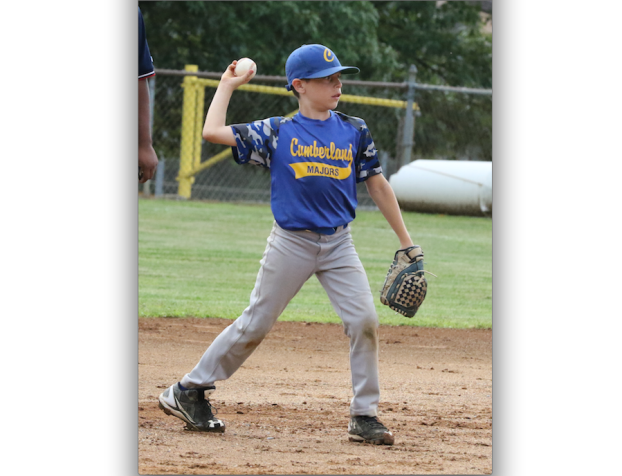 Tough ending to a year of growth

The Cumberland Dukes Majors had a promising spring but struggled with the transition to the All-Star season.

Unlike some counties with larger player pools, Cumberland had only one team at the Dixie Youth Baseball Major League level, putting the Dukes at a disadvantage in the District 4 Majors All-Star Tournament in Buckingham last weekend.

The Dukes All-Star team was largely the same team that played during the regular season, except for a couple of player replacements called up from the younger Minor League division.

He said the team finished the regular season with a 7-9 record.

“I just moved into Cumberland last year,” he said. “This is my first year with the team. From what I hear is this team was a lot better than what it was last year.”

While the squad was eliminated from the 2017 district tourney after lopsided losses to the Amelia and Goochland All-Star teams, it should enjoy great continuity going into the 2018 season.

“I’ve only got one kid that’s going to be aging out, so hopefully all of them will be returning next year,” Frankart said.

The Buckingham County Youth League (BCYL) Majors All-Star team put together a 3-1 run through Tuesday in the District 4... read more