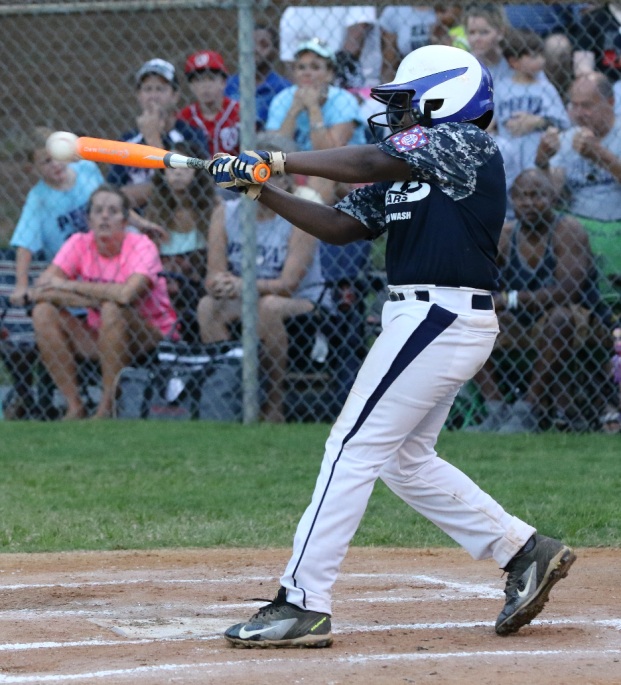 PEFYA Minors All-Star Clevante Watkins connects with the ball during his team's 18-15 win over the Crewe-Burkeville All-Stars on Friday in Keysville. (Photo by Titus Mohler)

“(The) PEFYA Minors gave it everything they had on the field,” Manager Jerry Morgan said. “After a rough first inning, they were down 6-1. They came back to win it 18-15 thanks to strong pitching, smart base running and powerful hits.”

Kam Ligon helped PEFYA by hitting the only home run of the game, and M.J. Holman contributed two remarkably timely hits to the winning effort.

The Charlotte County All-Star team awaits the PEFYA Minors on Saturday at 4 p.m.