Foster will lead at YADAPP

A member of Cumberland County High School’s Class of 2017 will serve as a volunteer leader at the Virginia Department of Alcoholic Beverage Control’s Youth Alcohol and Drug Abuse Prevention Project’s (YADAPP) conference July 17-21 at Longwood University. 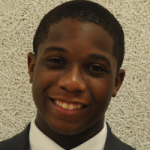 Trevon Foster, 18, said he’s gone to the conference since his freshman year of high school.

“So, I went and they told me how the hype was and how fun it was going to be,” Foster said.

He said when he pulled up to the conference for the first time during his freshman year, people were holding signs and cheering.

“I was kind of scared at first, but throughout the week I made progress (and) I made friends,” Foster said.

He said during the week participants developed Strategies to Act Now (STAN) plans, which are created to prevent high school substance use within individual schools and communities.

“I enjoyed it so much my first year that I went back as a participant my second year again just to get a feel for it,” Foster said. “Then after my second year I decided I wanted to move up in the chain, so I became a youth leader.”

He said youth leaders at the conference “keep the spirit alive.”

This year he decided to move up once more to become a part of the junior staff for the conference, which involves ensuring participants are safe, having fun and focusing on making their STAN plans.

According to a press release from the Virginia Department of Alcoholic Beverage Control, 58 youth staff will guide and coach student participants through the program this year.

“For more than three decades, enthusiastic teams of Virginia youth have convened for a week in the summer to brainstorm ways to inspire their peers to keep their schools and communities alcohol-free and kickoff a yearlong partnership for substance use prevention,” officials said in the release.

Foster said he was passionate about being able to work on plans to help prevent high school substance use.

For more informtion on the program, visit www.yadapp.com.