The Farmville Town Council voted 5-2 during its July 12 meeting to allow open burning of brush, garden material, doing so to clear construction sites in town. 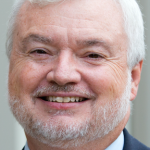 After receiving no comment during a public hearing in June, the council delayed voting on the measure to allow for more time to study the proposal — a move recommended by At-Large Representative Greg Cole, who cited concerns with the change.

Cole, along with Ward B Councilwoman Sally Thompson, voted in opposition to the amendment to the ordinance.

Cole, who serves on the committee, noted the decision recommending approval of the amendment wasn’t unanimous.

“I did dissent from that based on the health conditions and potential health hazards to our citizens,” Cole said. “Some rationale used (in promoting the ordinance) was we already have a smoke stack and other chimneys that burn, and I don’t think using the rationale of that nature is good reason to approve a burn ordinance within town and further the potential health hazards to our citizens.”

Burning would require a permit, a fee and approval from the town’s fire marshal and the chief of the Farmville Volunteer Fire Department.

“Most of our neighboring counties allow this, and these regulations will be on an as-need basis,” Town Manager Gerald Spates said during a previous council 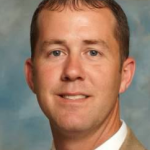 meeting. “There will be areas that you cannot (burn in). You won’t be burning The Avenues. You’ve got to be so many feet from an adjoining residence.”

The permits will span one day for bonfires, 15 days for burning tree and garden trimmings and burning debris from land clearing and property maintenance.

The amendment was requested by the Farmville Volunteer Fire Department.

According to the ordinance, toxic or hazardous waste or containers for such materials, rubber tires, asphaltic material, crankcase oil, impregnated wood, paper, used lumber or trade waste, buildings and/or demolition material and household/commercial trash or refuse are prohibited from being burned.

Permitted tree and garden trimming fires include one pile “and shall not exceed the size of six feet by eight feet by four feet,” according to the proposed ordinance.

All permitted fires would take place on the premises of the “private property from which the tree or garden trimmings were taken.”

The ordinance states fires would be “constantly attended” by a competent person until extinguished.

The fires would be at least 150 feet from any building or structure.

The permit fee for such burns is $25.

A permit for burning debris from land clearing and property maintenance costs $400, according to the ordinance.

“This section shall permit the open burning of any natural debris waste generated from the development of property,” the ordinance section regarding burning debris reads. “Debris shall be defined as limbs, tree trunks, logs, stumps and other closely related natural waste that is generated during the removal of unwanted, leaning, hazardous or dead trees, regardless of size, during normal upkeep, development or landscaping of the property.”

According to the ordinance, “all reasonable effort shall be made to minimize the amount of natural material that is burned, with the number and size (25 feet in width by 15 feet in height) of the debris piles approved in advance by the fire chief of the Farmville Volunteer Fire Department and fire marshal of the Town of Farmville.”

The permit for such fires would be valid for 15 days with the option of one 15-day extension, according to the proposed ordinance changes.

“All permitted fires shall also be 150 feet from any building and/or structure,” according to the ordinance.