Alcohol is cause of death

The cause of death of a Hampden-Sydney College (H-SC) freshman has been pinpointed as acute alcohol intoxication, according to the Office of the Chief Medical Examiner in Richmond. 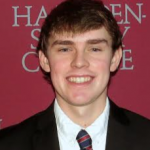 The manner of the death, confirmed by Chief Medical Examiner Jeanette Collins, was accidental.

Harrison Carter Cole, 18 at the time of his death and a member of the Hampden-Sydney swim team and the Alpha Chi Sigma fraternity, was found in a dorm room on March 25, according to Virginia State Police.

Collins said the cause and manner of death were determined June 9.

Finalizing evidence can depend on various factors, Collins said, and can take between 12-16 weeks.

“The college will not be releasing further information out of respect for the family,” Neal said.

A candlelight vigil was held for Cole, of Culpeper, at H-SC on March 29.

A trial in Prince Edward County General District Court for a 23-year-old Pamplin man charged in the shooting death of... read more