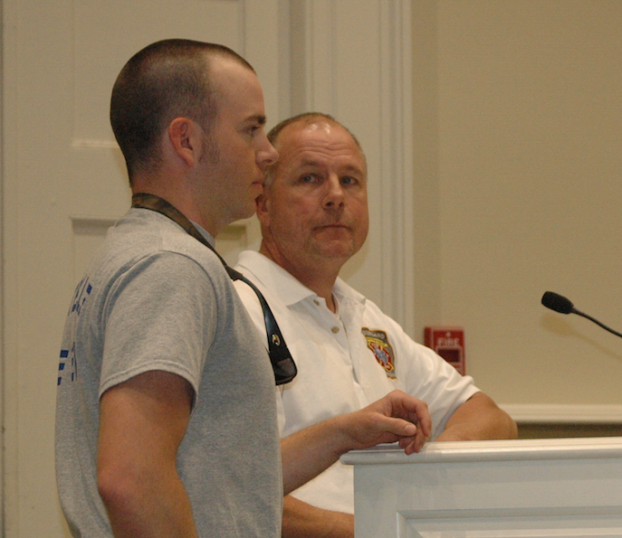 Supervisors in Cumberland County discussed a planned roundabout at the intersection of routes 45 and 690 during their May 9 regular meeting. 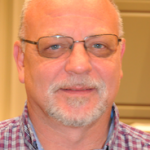 The discussion of a recent meeting regarding the proposed project came shortly after a report from Virginia Department of Transportation’s (VDOT) Carrie Shepheard, who presented the board with VDOT’s six-year improvement plan for the county’s secondary roads.

The previous meeting was held at the Cumberland County Volunteer Rescue Squad building.

District One Supervisor William “Bill” Osl said he was impressed with the VDOT crew who presented during the meeting, and said what was offered was informative.

He also said he appreciated the amount of input the public was able to have during the meeting. Osl estimated between 20-25 people attended.

What surprised him the most, Osl said, was the support by the public for the roundabout. He said when a citizen requested a show of hands indicating support of the roundabout, he said everyone in the audience raised their hands.

“I hadn’t received too many negative comments about it anyway, but I didn’t expect to see unanimous support for it either,” Osl said about the roundabout’s support. “It’s unusual when we do almost any project in Cumberland that (has) unanimous support.”

Later in the meeting, District Three Supervisor and Board Chairman Kevin Ingle noted the VDOT crew’s interaction with the community was positive.

“Not one second did anyone feel like (the roundabout) was being thrown at them or shoved at them,” Ingle said. “It was being offered for their consideration. (It was) a tremendous crew that they sent out.”

Ingle and Osl noted that the crew’s approach differed from resident engineers that had presented in the past.

“They didn’t snowball anybody,” Ingle said. “They put it out on slides and with handouts. They didn’t leave any part uncovered. I was very impressed with the team they sent out to bring the public awareness of the project.”

The board later voted to hold a public hearing on VDOT’s six-year secondary road plan, which will take place during the board’s next meeting on June 13.

County Emergency Services Chief Tom Perry made a request May 9 to appoint volunteers Robbie Felts and Doug Martin as the county’s fire marshals.

Perry said Eric Gilbert — the fire marshal appointee in May 2013 — was unable to perform the duties as marshal due to time constraints that interfered with the training he would need for the position.

Perry said that both Felts and Martin have received the necessary training to make them eligible as fire marshals.

Felts, according to Perry, has been trained in investigations, inspections, building codes, environmental problems, juvenile firesetting and the standard fire fighting training accompanied with being a volunteer in the department.

Felts is currently an assistant fire marshal with the City of Colonial Heights and serves with the Cartersville Volunteer Fire Department.

Martin has a similar eligibility requirement, Perry said, and is a part-time assistant fire marshal in Spotsylvania County in addition to working for a fire station in Richmond. Martin was unable to attend the meeting, Perry said, due to work conflicts.

Comments from the board included Ingle, who said Felts and Martin would need to have insurance if they were to be hired by the county.

“We just don’t want anybody acting on behalf of the county without some type of insurance coverage,” Ingle said.

Perry pointed out that both Martin and Felts are active volunteers at nearby departments.

Ingle said he was impressed by Felts’ and Martin’s qualifications, and was grateful for new applicants.

“We’re very fortunate to have people who apply and agree to do these things, to fill these positions,” Ingle said.

Kirby gets three years in wounding

A 36-year-old Burkeville man was sentenced to 10 years in jail with seven years suspended on charges of unlawful wounding... read more