FARMVILLE — Justin Bowles has been promoted to corporal with the Farmville Police Department.

According to a press release, Bowles graduated from Virginia Commonwealth University with a double major in homeland security and criminal justice. 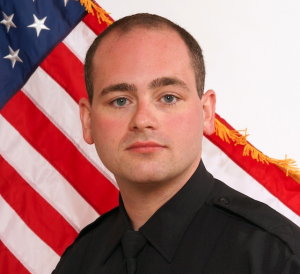 “He began working for the town as a part-time dispatcher in 2011. In 2013, he was hired as a police officer and was promoted to corporal this past April.”

“We are always proud to promote our officers and reward them for their hard work and service to the Town of Farmville,” Police Chief A.Q. “Andy” Ellington said in the release.

One injured in cement truck accident