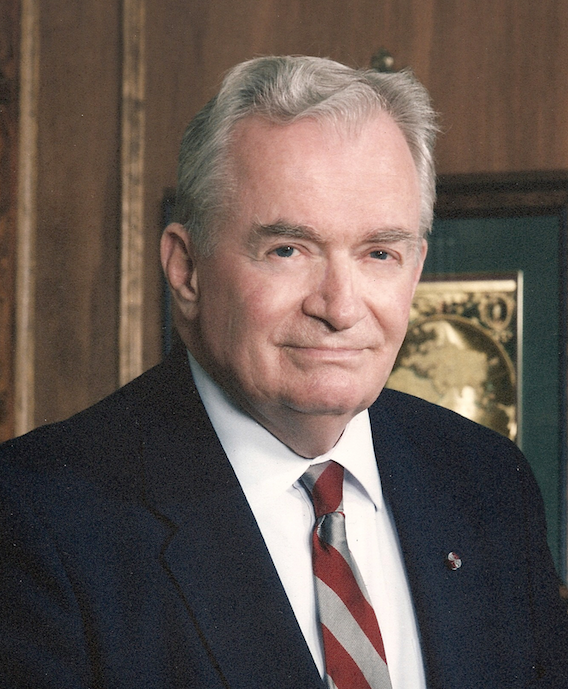 “We will be forever grateful to General Sam for his service to Hampden-Sydney and to this nation. We will all miss his stories, counsel and kindness. But, we also know that General Sam’s legacy and character live on in the foundation of this college, and in the countless individuals worldwide he inspired to service and taught to lead.”

Legacy, character, service and leadership are all words that describe what Wilson did for our nation, H-SC and this community during his time on earth.

We offer our most heartfelt condolences to Wilson’s wife, Susi, his family, loved ones, friends and the H-SC community.

Wilson, who was born and raised in Rice, completed his active military career in the fall of 1977. The 93-year-old served as director of the Defense Intelligence Agency from May 1976-August 1977 and was known for his work in doctrine for low intensity conflict, where he coined the term counterinsurgency, or COIN. Wilson is credited for helping establish the Delta Force, the Army’s top counterterrorism unit.

His counsel was often sought by national leaders, including three U.S. presidents, according to his biography. “His expertise was instrumental in the stand-up of a dedicated counter-terrorism unit and the legitimizing of special operations forces under a unified joint command.”

As president of H-SC from 1992-2000, enrollment at the college resumed growth and the endowment nearly doubled. After retirement, Wilson continued to offer counsel to public officials, friends and former students on the state of the world, the country he proudly served for many decades, Prince Edward County and H-SC.

According to his biography, “He never lost sight of James Madison’s conviction that ‘The people who mean to be their own governors, must arm themselves with the power which knowledge gives.’”

Wilson armed the world, his country and community with such knowledge — which he’ll be remembered by for generations.

Everyone who lives within miles of the proposed Atlantic Coast Pipeline (ACP) should be concerned about safety. The company assures... read more