Willye Webb Nixon passed away peacefully on Saturday, May 13, 2017.  She was born in Appomattox, on March 11, 1925 to Jennie Glenn Webb and John Robert Webb. Her family moved to Webb Dairy Farm in Farmville when she was a small child. 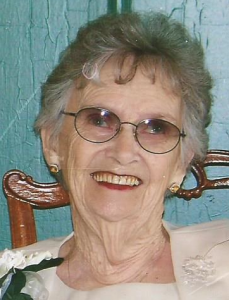 Willye was the oldest of nine children.  She married her husband, Hugh “Nick” or “Nix” Nixon on June 6, 1947 and together they raised their seven children on that same farm.  Those who knew Willye would say she was Nix’s soulmate and would often find her by his side.  Family was very important to her and she made it known by her many selfless actions.  Willye was the gravitational center around which the family revolved.  In her free time, she loved to sew.  She was well known for making and giving away numerous book covers and pot holders.  She enjoyed her work as a floral designer with her mother at Webb Florist and also with her sister, Rochie Allen, at Rochette’s Florist.

She was preceded in death by her loving husband of 66 years, Hugh Joseph Nixon; her son, Thomas Paul Nixon; her mother, Jennie Glenn Webb; her father, John Robert Webb; her brother, Henry Melvin Webb; and her brother John Thomas Webb.

WHITLOCK, Edward M. “Ned”, passed away April 7, 2017 in Beaumont, Texas. A memorial graveside service will be held May... read more