In-state tuition and mandatory fees at Southside Virginia Community College (SVCC) — along with other many community colleges across the state — will increase next semester. 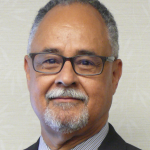 According to a press release from SVCC, the State Board for Community Colleges, by a unanimous vote, established the 2017-18 academic year in-state tuition and mandatory fees rate at $150.25 per credit hour during a meeting held May 18.

According to the release, the new rate keeps community college tuition and mandatory fees at approximately one-third of the comparable costs at Virginia’s public four-year universities.

“While costs are rising, the value of the education offered by your local community college is mounting as well,” said Dr. Al Roberts, president of SVCC. “SVCC is still the best and least expensive way to receive education and training for a brighter and better future.”

In school year 2016-17, which includes fall, summer and spring, SVCC had about 5,302 students enrolled, according to college spokeswoman Christie Hales.

“Current Summer 2017 headcount is 933 (students), but all figures are not in as some classes have not started,” she said. “Applications for Fall 2017 are up slightly and the college is optimistic about next year’s enrollment.”

According to the release, Virginia’s community colleges will use the tuition increase to pay a share of the Virginia General Assembly-approved employee pay raise, rising fringe benefit costs and costs associated with using various Virginia administrative systems. It will also pay for operating costs for new buildings.

According to Hales, the Christanna Campus is slated to construct a new learning resources building soon in Alberta. “The funding for this construction is not taken from tuition increases,” she said.

“Our state board remains sensitive to the need to ensure higher education is affordable for Virginia families,” said James Cuthbertson, chair of the Virginia State Board for Community Colleges. “Accordingly, today’s tuition decision strikes a careful balance between that need and our commitment to provide an outstanding and worthy educational experience.”

According to the release, the state board agreed to approve select increases in the tuition differential rates that are in addition to the base tuition.