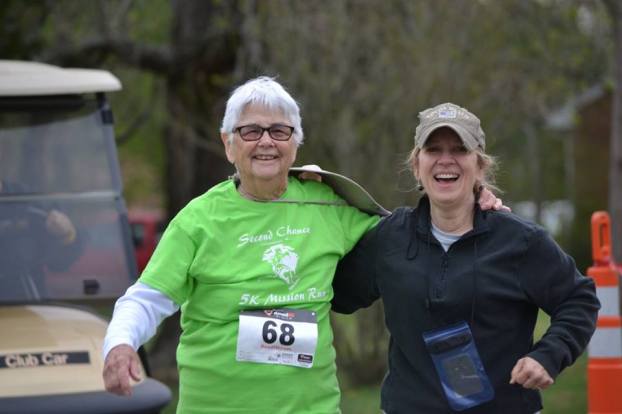 Cartersville’s sixth annual Second Chance 5K Mission Run was held April 15. According to a Cartersville Baptist Church (CBC) press release, this year’s community event brought participants together from around the community, state and some out-of-state racers.

“The race is always held on the third Saturday of April and initially began in 2012,” church officials said. “From its inception, the purpose of the Second Chance 5K Mission Run has been to help others in need and raise money to support these missions.”

The release offered that the race initially began as a fundraiser to assist the Cartersville Baptist Church’s ongoing missions, including its first mission trip to Nicaragua.

“The church has now taken two trips abroad and continues to support the ministries of Second Chance Ministries of Nicaragua,” church officials said.

“Over the years, the group has expanded its work, supporting those in need here in the United States,” church officials said.

According to the release, this year the mission was one near and dear to the church family.

“The team felt led to support the children of the late Kevin and Kristiann Johnston,” church officials said. “Kevin grew up in Cartersville and graduated from Cumberland High in 1988.”

The release offered that Kevin grew up in the church and his parents and a number of family members currently attend.

“His wife, Kristiann, began her teaching career at Cumberland Elementary School,” church officials said. “Three children losing their parents within two years is something few of us will ever have to experience.”

According to the release, the team wanted to help alleviate the financial burden facing the children as they navigate the road ahead.

“Our 2017 race was a record year with 113 registered participants and 102 crossing the finish line. Race directors, Charlotte Muscat and Nancy Lewis, would like to thank all businesses and individuals who helped in sponsoring the race,” church officials said. “Our sponsors help make our mission run a success. We appreciate our race participants, who embrace and support our mission.”

“Our youngest participant was a very young 5-year-old, although a few younger children took in the course from the strollers being pushed by their racing parent,” church officials said. “A special shout-out is given to 91-year-old Audrey Johnston, Kevin’s Grandmother, who completed a portion of the race.”