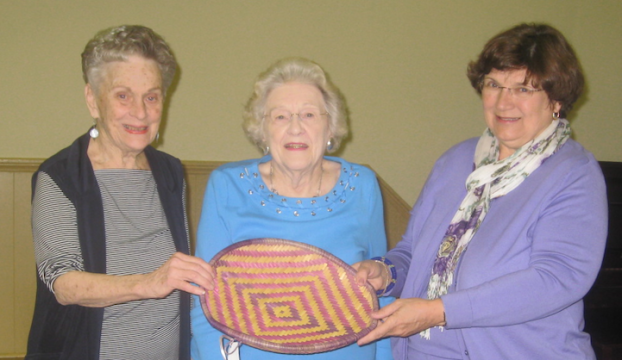 The Serendipity Club met at the Farmville Presbyterian Church on April 13. According to a Serendipity Club press release, the program was given by Nancy Haga, who talked about the people who have lived for a short time in her basement. Haga, right, holds a basket made in Africa by the mother of Yared Fabusa, who graduated from Longwood University, Serendipity Club officials said. “He returned to Tanzania and has opened a school for boys and girls,” according to the release. Pictured are, from left, Haga, Connie Moore and Helen Smith.

By Morgan White and Jordan Miles The Farmville Herald The 39th annual Heart of Virginia Festival is set for Saturday... read more