Schools get $90K on split vote

On a 4-3 vote, supervisors in Buckingham agreed to allocate an additional $90,000 as part of the county school board’s fiscal year (FY) 2017-18 operating budget.

The request for an additional $180,000 from school officials came above the original request of level funding “to mitigate an increase in health insurance premiums,” according to a memorandum to County Administrator Rebecca S. Carter from Division Superintendent Dr. Cecil Snead and School Board Clerk and Finance Manager Wendy Oliver.

The request for additional funding led supervisors to question Snead on filling soon-to-be-vacant staff positions being brought about by retirements. 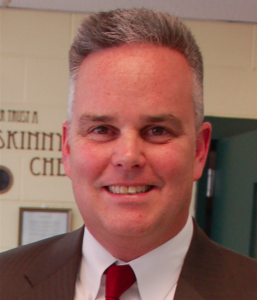 “At that joint meeting, we had requested level funding with regard to our budget for FY18,” Snead told supervisors April 24, “and on the last slide we had two outstanding pieces of information that had not yet come to fruition. One of them, and the most significant as I noted that evening, was health insurance.”

According to Snead, school officials learned March 17 that the division could face an increase of 10.6 percent in insurance rates.

According to the memorandum, school officials met with insurance broker Willis Tower Watson (WTW) on Feb. 22 to discuss the health insurance portion of the FY 2017-18 budget. “At that time, we learned we had a medical loss ratio of 66 percent. This was positive information because it was lower than the 80 percent target. Furthermore, it was lower than last year’s medical loss ratio of 68.2 percent. Total claims for the current year were also noted to be 4.3 percent lower than the total claims for the prior year … This is the rationale and data used for our March 22, 2017 joint budget work session with the board of supervisors in which we stayed true with a level funding request.”

According to the memorandum, the school budget “does not include a proposed recurring annual compensation for our employees. The (Virginia) General Assembly’s budget does include a compensation supplement totaling $64,089. The regulations associated with these funds allow the school system to use the $64,089 in non-recurring funds however we deem necessary being that we provided a 2 percent salary increase within the past two years. Being that these are non-recurring additional funds, the school board may elect at a later date to use these funds for some sort of one-time compensation for all contracted employees.”

“Right now, if that $180,000 was spread out across the employees, it would range from an increase in premiums of say, for the POS $2,000 deductible plan which is for an employee, of $32.74 a month — it would increase that much,” Snead said in response to District Two Supervisor Donnie Bryan, a school teacher who inquired about the impact the increase could have on the division’s staff.

“That would pretty much eat up the pay raise that they got last year?” Bryan questioned.

“Yes, we’re not giving a pay raise this year,” said Snead, who noted that out of the about 300 employees who work for the division, about 244 use school-offered health insurance. 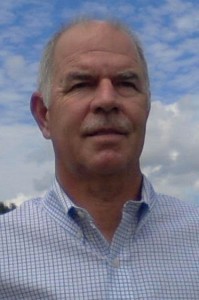 Bryan offered the recommendation that supervisors fund half of the request at $90,000.

“This will pass at least some on to the employee where it will not eat up their pay raise,” Bryan said. “That way they can enjoy at least some of the pay raise that they got last year.”

“Why do you want to just do half?” District Seven Supervisor Danny Allen asked.

“In the past two years, I believe that there have been increases, (and) the school system has absorbed the total cost for the school insurance increase and has not passed it on to the employees,” Bryan said. “We already know we’re in a budget crunch as it is. Looking long term, we have a request for $200,000 from the fire departments.”

Allen asked Snead if there was a way the division could absorb the difference — or the other $90,000. “We can look at some options of plans and see what would be less intrusive for our employees,” Snead said.

Following Snead’s answer, District One Supervisor R.C. “Bobby” Jones asked if the division could not replace “some people who are retiring (with) salaries that are quite high. …”

“Like you re-delegate responsibilities in the staff,” Matthews said.

“I have cut staff to the bone in terms of (numbers),” Snead said in response. “…Basically what you’re saying is not hire this person. And then spread out responsibilities among the staff who already exist, is that correct?”

“I’ve done that a lot, and … it’s just not there anymore,” Snead said. “I mean, that’s not a bad idea at all, but my people … I’m lucky they’re loyal because I don’t know why they’re here anymore. I mean they work hard.”

“I don’t know how they could do more,” Snead continued. “But, I understand what you’re saying … I am in the middle of restructuring, but I still have to have that position,” Snead said.

Snead wasn’t specific as to exactly what open position he was discussing.

According to the memorandum, “the Buckingham County School Board is entering into an extremely tight fiscal year, with mandatory employer (Virginia Retirement System) increases of over $204,000. As you recall from our original presentation and subsequent budget update as late as the April 17 meeting, we commenced FY 17 with an (estimated) $262,000 shortfall.”

The Prince Edward County School Board unanimously voted in support of allowing school officials to begin the process that could... read more