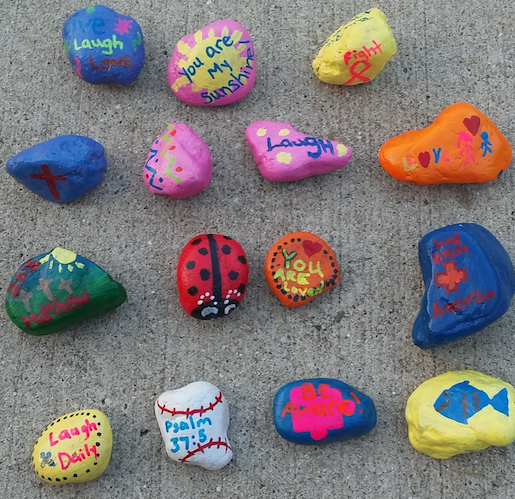 A group of Buckingham County residents are painting and hiding rocks across the county to strengthen the bonds of the community and to encourage family-friendly fun.

Trudie Rickman, the organizer of “Buckingham Rocks,” said the initiative originally started out west. She learned of the idea through similar activities in Appomattox County.

“They have been hiding rocks and painting them, and then people go out and find them,” Rickman said. “It’s like a egg hunt with their kids and stuff.” 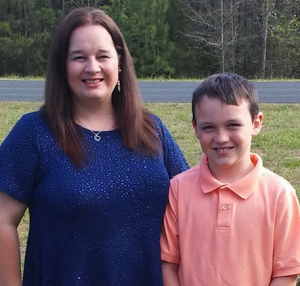 Trudie Rickman, left, and her son Blake Shumaker are at the forefront of the Buckingham Rocks movement, one that seeks to strengthen bonds in the county.

Rickman said her son had enjoyed “Appomattox Rocks” so much that he asked to start one for Buckingham.

She said people have been finding rocks in Buckingham but haven’t been posting photos of them to the Buckingham Rocks Facebook page.

“I don’t think they actually exactly know what’s going on about it,” Rickman said.

Rickman said the idea behind Buckingham Rocks is it’s supposed to help build a family community.

“It’s a family-friendly activity,” Rickman said. “If someone’s having a bad day and they come across a rock, you know, it might bring a smile to their face.”

She said she paints words of encouragement on the rocks.

“When they find it, a lot of people choose to  keep their first rock, but if they keep it, they’re supposed to paint another one and replace it,” Rickman said. “Or, they can take the rock they found and place it somewhere else for someone else to find.”

She said she started Buckingham Rocks less than a month ago.

The instructions on the Buckingham Rocks Facebook page include writing instructions on the bottom of rocks to tell the finder to post a photo once the rock is found, then hide or replace the rock. No rock hiding is allowed in national or state parks, private property and cemeteries, organizers said on the page.

No one spoke during a public hearing regarding the Prince Edward County Secondary Six Year Plan for fiscal years (FY)... read more