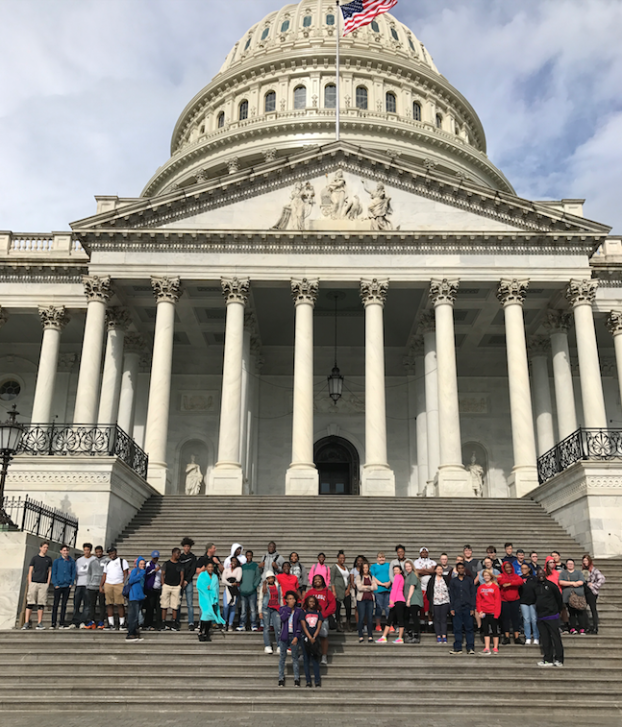 Members of the Prince Edward County High School (PECHS) Class of 2017 recently toured in Washington, D.C. as an enrichment activity for their U.S. Government classes. According to a PECHS press release, the school’s Assistant Principal Dr. Maurice Smith, with the help of U.S. Rep. Tom Garrett, organized the trip.

“While in the nation’s capital, the students toured the Supreme Court Building, the Capitol, the Lincoln Memorial, and several Smithsonian museums,” PECHS officials said. “A highlight of the Supreme Court tour was an informative 30-minute lecture in the courtroom itself.”

The release stated that Congressional aides led detailed tours in the Capitol, including the Rotunda, Old Senate Chamber, and Old Supreme Court. Pictured are PECHS seniors gathered on the Capitol steps.

Schools get $90K on split vote

On a 4-3 vote, supervisors in Buckingham agreed to allocate an additional $90,000 as part of the county school board’s... read more