A new Prince Edward County deputy animal control officer (ACO) was named May 9 following a unanimous vote by the county’s board of supervisors.

James Farley Jr. will work alongside current ACO Adam Mumma, who started in his position in 2016. 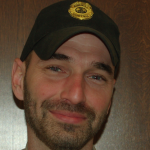 “I’ve worked in Farmville my whole life. (I) was in the military for four years,” Farley told supervisors during the board meeting.

Farley said he grew up and went to school in Prince Edward County.

In addition to Farley’s appointment, Mumma spoke to the board regarding goals his department has set.

“We plan to increase enforcement of county (rabies) tags,” Mumma said. “We’re running at-large throughout the county, especially the neighborhoods that we get a high-call volume because there tend to be areas where we get a lot of calls consistently. …”

He said animal control is considering going door-to-door to remind animal owners of the legal requirements for dog ownership in the county, educating them on rabies.

“Also while patrolling, we’re going to be kind of looking for cases of animal neglect, also animal cruelty,” Mumma said.

He said the department was looking to expand relationships with established rescues and adoption agencies.

“We rely heavily on the Southside SPCA to take a lot of our dogs that are adoptable, and they’ve been tremendous at actually taking the vast majority of our dogs,” 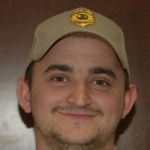 Mumma said. “But we’ve recently established relationships with the Richmond Animal League and the Richmond SPCA.”

County Administrator Wade Bartlett said due to state requirements both Farley and Mumma will attend an animal control training school within a year.

Mumma is set to attend the school — that Bartlett said was projected to last three weeks — in July.

A single-vehicle crash Thursday in Prince Edward County resulted in one person being killed on U.S. Route 15 in the... read more