Margaret Ann Newman Avent, 89, of Greensboro, North Carolina, died peacefully in her sleep on April 28, 2017. Born March 3, 1928 in Richmond, she was the daughter of Sydnor C. Newman and Katherine G. Newman of Farmville. She was preceded in death by her parents and her daughter Ginger A. Vukov. 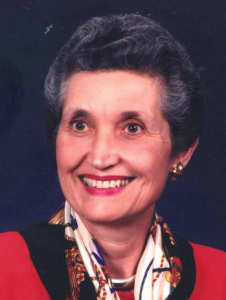 Margaret Ann was reared in Farmville. She graduated from Mary Baldwin College, Staunton, with a B.A. in English (having been elected “Miss Mary Baldwin” in 1947), and later attended Pan American Business School in Richmond. She and her husband were married in 1952. It was then that she began her life as an energetic and faithful wife of a Presbyterian minister. She devoted herself to homemaking, child-rearing, volunteer service and being a friend to many by generously giving of her time and talents. She was a tireless church and community worker in the communities where she and her husband served: Providence Forge, Alexandria, High Point, North Carolina, Wilson, North Carolina, Jamestown, North Carolina and Greensboro, North Carolina. She taught Sunday School, held offices in the Presbyterian Women, worked with the hospital auxiliary guild, delivered Meals on Wheels, worked with the Red Cross Bloodmobile, was a Girl Scout leader and taught at the Shepherd’s Center. A woman of many talents, she also shared her creative, artistic and writing skills in workshops that were appreciated and enjoyed by many.

Margaret Ann will be remembered for her poise and beauty, her gentle and understanding demeanor, her many kindnesses to the friend as well as to the stranger in her midst, her Christian faith and her stoicism through times of adversity.

Online condolences may be made at www.haneslineberryfuneralhomes.com.