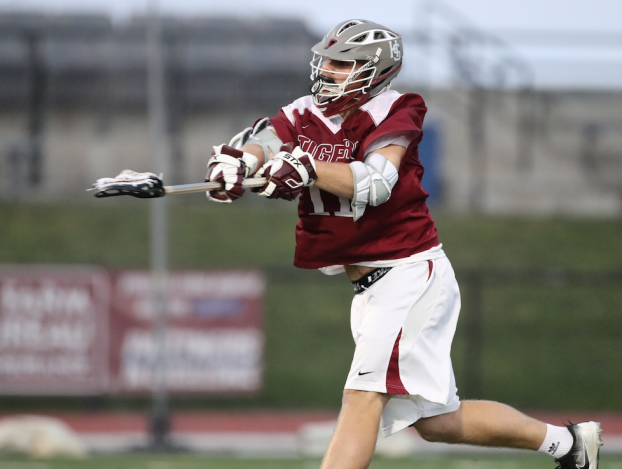 A season of unprecedented success for Hampden-Sydney College’s (H-SC) highly-decorated lacrosse team came to a conclusion Saturday afternoon when the Tigers fell 25-12 to host and defending national champion Salisbury University in the third round of the NCAA Division III Men’s Lacrosse Tournament.

“They’re a tough team all over the field,” H-SC Head Coach Jason Rostan said of the Sea Gulls. “They don’t have a whole lot of weaknesses on their team. (I’m) just proud of the way the guys fought.”

The Sea Gulls held a 7-3 lead after the first quarter and widened it to 14-4 by halftime. They won the third quarter 8-1 before the Tigers flipped the script of the first quarter, outscoring their hosts 7-3.

The 12 goals H-SC scored were the most any opponent had produced against Salisbury this season.

“We didn’t play our best game, no doubt about it, but I thought we had some great performances out there,” said Rostan.

Junior attackman Ian Levin scored four goals and handed out four assists, totaling eight points — the most any player has had this season against Salisbury.

“That was pretty neat,” Rostan said. “He’s had a great, great year.”

“I think that’s definitely a team award, no doubt about it,” Rostan said of the coaching accolade.

Senior defenseman Triston Stegall, who made the All-ODAC second team, said that Rostan “lets the players play, and it’s a very fun environment to play for him. Practice is fun, it’s exciting. Every day is exciting.”

The program record for total points in a season had been 78, set in 1982 by Rob Bonaventura.

Levin finished this season with 91 points, and Brown finished with 87 points.