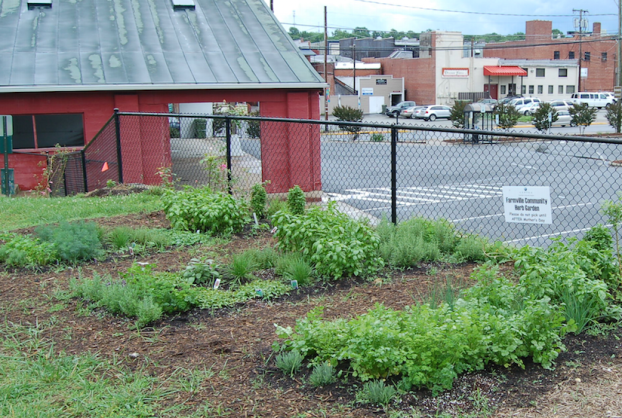 MORGAN WHITE | HERALD The Farmville Community Herb Garden is up and running due in part to a $1,000 grant Dan Mossler received when he presented the idea the 2017 Supporting Outstanding Urban Projects (SOUP) event, which took place Friday, April 7.

Herb garden is up and running

The Farmville Community Herb Garden — which was awarded a $1,000 grant when creator Dan Mossler presented the idea at this year’s Supporting Outstanding Urban Projects (SOUP) event, hosted by Farmville Downtown Partnership — is up and running.

“We had, I guess (on May 12) we put all the beds in, all the herbs in, we did a sort of a cooking exhibition out by the garden and we had maybe 25 people there,” Mossler said. “It’s very nice.”

According to Mossler, the herb garden, located on the High Bridge Trail behind the Farmville Farmer’s Market, is open for anyone to go and pick herbs.

“Obviously we’d like for people to be considerate,” Mossler said, noting he wouldn’t want someone to go and pick all of one herb.

He said quite a few people are picking cilantro, garlic chives, dill and parsley.

Mossler is holding classes the second Saturday of each month at the garden at 9 a.m. through October.

“The next class will be more on taking care of the herbs and how to maintain them, and again how to use them in different kinds of recipes,” Mossler.

He said he was “thrilled” with the response to the garden.

He said there were people who stopped at the garden during the May 12 event.

“They said they’d gone back to their own little towns and started the same thing … That was so interesting and exciting to them,” Mossler said.

A Farmville man who was indicted in November for allegedly sexually assaulting a female minor is set to stand trial... read more