Helen Margaret Driskill Nelson Templeton, 88 of Farmville, died Sunday, May 7, 2017. Margaret was born Jan. 4, 1929 in Abilene. She was the youngest child of Robert Lee Driskill and Helen Walton Dixon. She met and married Tommy Alton Nelson. They happily raised three children and farmed until his death. Margaret later married Lyman Dale Templeton, whom she met at Beulah United Methodist Church. After his death, Margaret moved into the Farmville Woodlands community where she made friends, shared experiences and brightened up the neighborhood with cascades of seasonal blooming flowers. 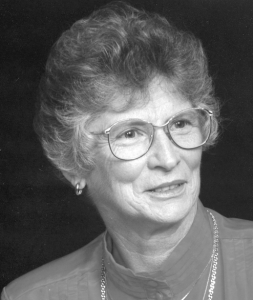 She was preceded in death by her parents, her first husband Tommy A. Nelson, her second husband Lyman Dale Templeton and seven older siblings.

A funeral service will be held on Thursday, May 11, 2017 at 11 a.m. in Beulah United Methodist Church with interment to follow in the church cemetery. Family will receive friends on Wednesday, May 10, 2017 from 6-8 p.m. at Puckett Funeral Home.

James W. Crowl, passed away Friday, May 5, 2017, at his residence in Fawn Township. He was the husband of... read more