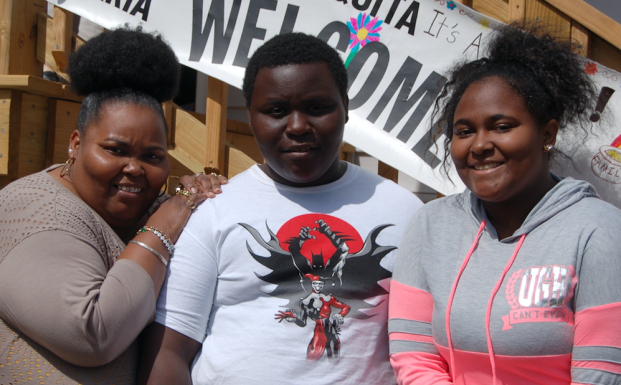 Another Farmville Area Habitat for Humanity project for a mother and her two children in Dillwyn came to a close Saturday when the organization held a dedication for the home.

Marquita Scott said she and her children, Sakia White, 15, and Xavier Crenshaw, 13, moved into the home Monday after being involved in the Habitat process roughly two-and-a-half years.

She said it was in August 2015 that she received word that she had been accepted by the Farmville Habitat for a home of her own. 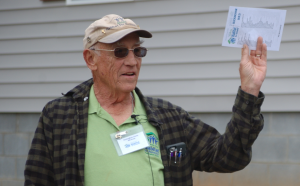 “I’m just glad it’s coming to a close, and I’m glad I stuck in with it, because it was plenty of times where I wanted to give up, but thanks to my mom — she kept pushing me. She said, ‘No. Just have patience it will go,’” Scott said.

Chris Yates, a leader of the Buckingham Build Committee, said the Habitat project was a labor of love.

“I really believe it that when you expose this kind of opportunity, people will come out and help,” Yates said regarding the volunteer work that went into the home.

“It’s amazing. They love doing it; if you have an opportunity to do this, it’s amazing the people who will come out and say, ‘Yeah I’ll help out, I’ll do this.’ Just people pitched in here, pitched in there,” he said of the volunteer efforts.

Yates said there were many people — who weren’t at the dedication — who volunteered hundreds of hours in constructing the house.

“Not just the board of supervisors and the town council, but churches. It’s almost like an epidemic — it just spreads,” Kemp said. “We’re hopeful that we’re going to build more, lots more.”

The dedication included recognition of volunteers, music and a blessing of the home.

Prospective volunteers can reach the Farmville Area Habitat for Humanity at (434) 394-3001 or through a contact form at www.FarmvilleHabitat.com.

The Farmville Area Habitat for Humanity was established in 1990. Since then, it has completed 27 new home builds, including Scott’s house.

The Buckingham-Cumberland Relay For Life’s signature annual event was held Friday at Cumberland High School. The event, according to organizer... read more