A 40-year-old Ashland man will spend 10 years in jail after pleading guilty to robbing the Dillwyn branch of the Farmer’s Bank of Appomattox.

David Allen Garland pled guilty to robbery of a bank in Buckingham Circuit Court in April. He was indicted in November. 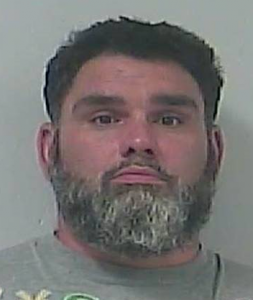 The robbery took place in September, according to the Buckingham County Sheriff’s Office.

Twenty-five years of the 35-year-sentence were suspended, according to online court records.

Garland was also sentenced to three years of probation, $545 in court costs and $4,656 in restitution.

Garland was originally charged with a Class 2 felony for entering a bank armed with intent to commit larceny, “which carries a maximum life imprisonment or for any term not less than 20 years in jail and a fine of $100,000,” according to a previously issued press release from Sheriff William G. Kidd Jr.

“The teller complied with his wishes by giving him an undisclosed amount of money. The … male fled the bank, without harming anyone,” police said in the release.