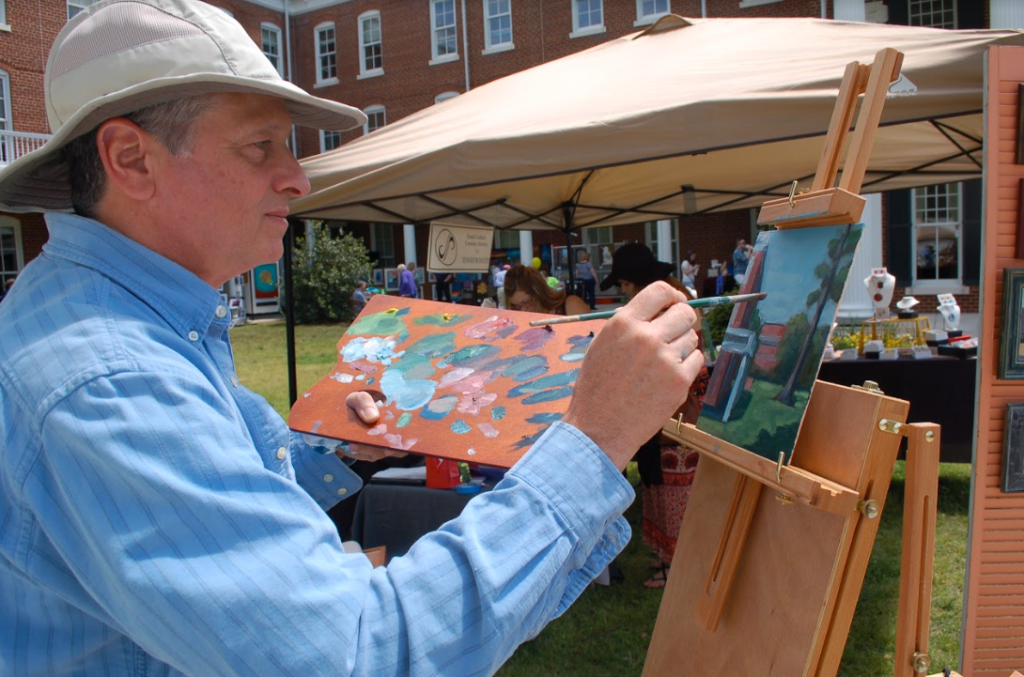 This year’s Heart of Virginia Festival has been postponed for the second straight year. Organizers are looking for a fall date to have it this year.

By Morgan White and Jordan Miles

The 39th annual Heart of Virginia Festival is set for Saturday rain or shine — though the evening activities at Riverside Park in downtown Farmville could be modified because of rain.

“Having the festivities at Riverside Park will allow everyone to walk right over from the festival,” said Festival Co-Chair Ashley Atkins-Austin. “We are going to have great entertainment, bouncy houses and multiple food vendors, who will be there rain or shine. If the grass is too wet, we will accommodate everyone by having the festivities in the parking lot. There will be ample parking in the multiple municipal lots, including the lot at the High Bridge Trail Plaza, the Depot Street lot and the lot at the farmer’s market.”

According to WFLO Radio Station, over a 24-hour period preceding 7 a.m. Friday, Farmville has received nearly an inch of rain after storms Thursday night and early Friday.

According to Festival Chair Sam Bowles, this year’s festival won’t include fireworks — a decision that was made months ago.

“Instead, it worked out so well for us last year having the evening portion at Riverside Park that we’re going to continue doing that for a couple years.”

Bowles said during a previous interview doing that helps keep everyone in the downtown area instead of having to go to the airport and manage traffic.

“The other biggest difference is we’re partnering with the Farmville Jaycees and we’re having alcohol at our evening portion of the event, which is a little different than how it’s been before,” Bowles said.

He said this year there would be a drum circle where people could join in.

“We’re going to have bands in front of Lancaster (Hall), at the entrance of Longwood (and) at the Colonnades. We’re also going to have them at the Crute Stage as well the courthouse steps. That’s all during the daytime portion,” Bowles said. “At night all of the bands will be at Riverside Park.”

Bowles said this year, Bojangles will sponsor the night event.

“They’re going to be down there as well as a couple other food vendors, so there will be a different choices of food down there at the Saturday night event,” Bowles said. “We’re actually having on our stage at Lancaster; Buffalo Creek is helping to sponsor that and what they’re doing is they’re having open mic nights and the winners from that are actually able to play on the Lancaster stage the day of the festival and they’re heading that portion of it.”

He said having the performers helps brings the community to the festival.

Bowles said there would be around 80 craft vendors. According to Bowles, Centra is sponsoring the whole festival.

“They really helped us trying to get this festival off the ground and have for quite a few years now,” Bowles said. “We are more than excited to be able to partner with them again this year.”

He said in addition to Centra, the Town of Farmville, Prince Edward County and Third Street Brewing were also sponsors for the festival.

The festival will start with a 10K run and 5K walk at Hampden-Sydney College at 8:30 a.m. The art show will be centered on High Street in front of Longwood University’s Rotunda. There will also be a children’s area and car show at the festival.

This article has been corrected due to inaccurate information from the Heart of Virginia Festival Committee.