As part of budget cuts in its upcoming 2017-18 fiscal year (FY) budget, Cumberland County Public Schools will experience a reduction in teaching and staff positions, as well as the elimination of a one-percent bonus. 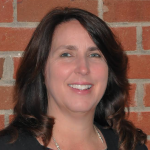 Division Superintendent Dr. Amy Griffin said three teaching positions, a paraprofessional position and a one-percent bonus for division staff — one not applicable to administration — had been eliminated due to school funding.

County funding for the school’s fiscal year budget was approved in May by county supervisors.

School officials made a request for an additional $300,000 to the board earlier in the year, which would spare six teaching positions and maintain funds for academic review and its IT department.

Griffin said during an earlier meeting that the schools had a total actual need of $516,613.

The total county funding for the schools after the addition funds for the 2017-18 fiscal year is roughly $3.9 million, up from the $3.8 million originally designated by supervisors.

Even with the additional funds, Griffin said a career and technical education position was to a high school business teacher, a middle school special education teacher and an elementary school in-school suspension position.

The positions will not be filled, Griffin confirmed.

This could cause adjustments to the instruction in the respective departments connected to the positions, Griffin said.

Teachers in the business department at Cumberland County High School have been reduced from two teachers to one, Griffin said.

“We’ll still have business courses,” Griffin said, noting that class options for students may be limited.

A course from the career and technical education program, called Renewable and Sustainable Technology, has been eliminated, Griffin said.

“(The cut) will eliminate that opportunity for students,” Griffin said.

The IT department has been restructured, Griffin said.

“The additional $131,000 of local funds kept us from also eliminating one elementary teacher and funds for academic review,” Griffin said.

Three elementary school teachers will be hired for the 2017-18 school year, Griffin confirmed. She said the teaching positions will fill positions that had been vacant due to one teacher retiring and two others leaving the profession.

District Three Representative and Board Chairman Kevin Ingle said school officials’ work in reducing staff had been in line with the school board and the board of supervisors’ agreement for additional funds to the school’s budget, including sparing the elementary school position and maintaining funds for academic review and the IT department.

“(It) seems like the school board has done what we asked with the additional funds that we, the board of supervisors, had agreed to give over last year’s funding,” Ingle said. “We would like to thank them for tending to our wishes.”