The Farmville Town Council is seeking to hire an assistant town manager.

The announcement to advertise the position, which is included in the town’s proposed fiscal year 2017-18 operating budget, came Wednesday during council’s regularly scheduled meeting. 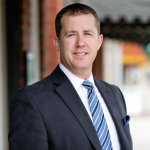 “Mr. Mayor, also in that (proposed) budget is a new position that’s being created,” Ward E Councilman and Finance Committee Chairman J.J. “Jamie” Davis said, “out of recommendation from council, and that will be an assistant town manager’s position and we request that council go ahead and make a motion to … advertise for that position.”

The council voted unanimously to approve advertisement of the position with no comment from council members.

This week, according to town spokeswoman Kate Pickett Eggleston, the town will advertise for to fill the new position.

“Town council decided that it is necessary to divide this position into two separate jobs in order to effectively fulfill the needs of both offices,” Eggleston said. “The Town of Farmville is thriving and there are many projects that are currently in development. As a result, there are increasing responsibilities in the town manager’s office. The assistant town manager will be supporting the town manager by supervising and coordinating various projects, among other duties.”

Eggleston didn’t offer the salary of the position. 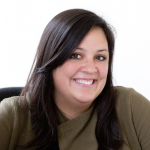 Town Manager Gerald J. Spates — who’s served in his current position for nearly 40 years — was named assistant town manager in 1975 before being promoted to town manager.

The town previously sought to hire a director of administration, one that would encompass town administration and duties regarding the financial operations of the town.