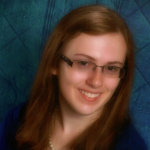 Shelby Faith Wise, of Dillwyn, has accepted membership in the National Society of Collegiate Scholars (NSCS).

“NSCS is more than just a symbol of academic achievement,” according to a press release. “Membership gives students access to a number of amazing benefits including career and networking resources, scholarships, travel and service projects both on campus and in the community,” said Stephen E. Loflin, NSCS founder.

“NSCS is a member of the Association of College Honor Societies and is the nation’s only interdisciplinary honors organization for first-year and second-year college students. Membership is by invitation only, based on grade point average and class standing,” according to a press release.

Wise has been named a member of the NSCS Chapter at the University of Virginia. She is the daughter of David and Sherri Wise, of Dillwyn.