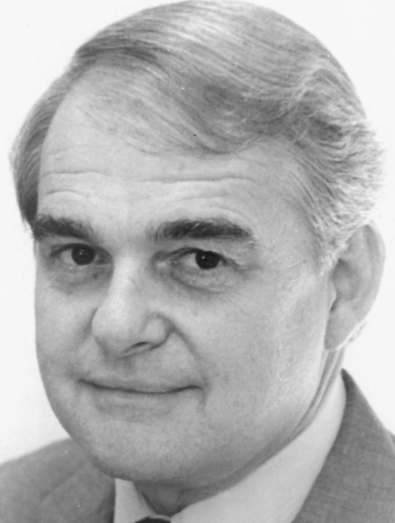 William Dorrill, age 85, passed away on April 18, 2017, in Farmville, VA. He was preceded in death by his parents, William Cumbee Dorrill and Ruth Webb Dorrill, and a sister, Charlotte Clevenger.

Bill enjoyed a long, rich, and productive life. He was president emeritus and distinguished professor of history and political science at Longwood College in Farmville. As an educator and China Specialist (Ph.D. Harvard, M.A. University of Virginia, B.A. Baylor University), he had over 40 years of experience in universities, government, and research. During the course of his career, he served successively as a Foreign Affairs analyst for the Central Intelligence Agency in McLean; a political scientist for the RAND Corporation in Santa Monica, California; Professor of Political Science and Director of the East Asian Center for the University of Pittsburgh; Dean of Arts and Sciences at Ohio University, and Provost at the University of Louisville, before coming to Longwood in 1988 as President. His research examined the rise of Mao Tse-Tung and the Cultural Revolution. During his presidency and after, he served as an accreditation officer for the Southern Association of Colleges and Schools (SACS). He was the recipient of a Fulbright Scholarship to Australia and a Ford Foundation Fellowship to Taiwan and the Hoover Library at Stanford University.

Throughout his academic career, Bill was a passionate believer in building bridges between cultures. During his time at each college, Bill helped to create international exchange programs. While at Ohio University, Bill was among the first to establish links with scholars in Mainland China, bringing some of the earliest Chinese graduate students to the United States.

Following his retirement from the presidency in 1996, he returned to his first loves of teaching and research. He also embarked on an active schedule as consultant and lecturer at several universities in the U.S. (e.g. UVA) and Europe (e.g. The Salzburg Seminar, Warsaw School of Economics, Odessa State University). He served as a consultant for the U.S. Department of State in Libya and in China, and led study tours of China for educators. Over the years he has made numerous contributions on Chinese politics and history to scholarly journals. Bill was also an active member of Rotary since 1977 and served as District Governor.

From the time that he was a young boy, Bill loved to travel. Whether it was hiking in Virginia or canoeing in Ohio, driving to his home state of Texas or bicycling in Holland, Bill was in motion. Family vacations were especially joyful. Bill was fascinated by bridges and was known to reroute a trip in order to see one; favorites included The Iron Bridge in Wales, The Firth of Forth Bridge in Scotland, and the Fred Hartman Bridge over the Houston Ship Channel. Bill was an enthusiastic world traveler who visited many countries, including: China, Korea, Japan, Indonesia, Singapore, Malaysia, Sri Lanka, Thailand, Burma, Russia, Poland, Ukraine, France, Spain, the United Kingdom, the Czech Republic, Bulgaria, Hungary, Germany, Belgium, Italy, Greece, Turkey, Saudi Arabia, India, Libya, Iran, the United Arab Emerites, Egypt, Ghana, Honduras, Mexico and Canada.

While he loved to travel, he embraced his community of Farmville. Bill was active in the Commonwealth Chorale, The College Church at Hampden Sydney, and the Farmville YMCA. He also enjoyed annual potluck dinners with faculty colleagues from the History, Political Science and Philosophy departments. Longwood students looked forward to the annual Christmas caroling party at their home with hot chocolate and Marty’s homemade cinnamon rolls. Food and fellowship were central to Bill’s life. He loved peach preserves, biscuits, donuts, and above all, ice cream. It is only fitting that Longwood named Dorrill Dining Hall after Bill.

Visitation will be from 6-8 p.m. Friday, April 21, at Puckett Funeral Home, and the funeral service will be held at 1 p.m. Saturday, April 22, at The College Church at Hampden Sydney. For those desiring to remember Bill, the family suggests that, in lieu of flowers, they consider donating to the Longwood University Foundation, designating for student travel abroad. The web address for online donations is https://give.longwood.edu. The address is Longwood University Foundation, Inc., 201 High Street, Farmville, VA 23909.