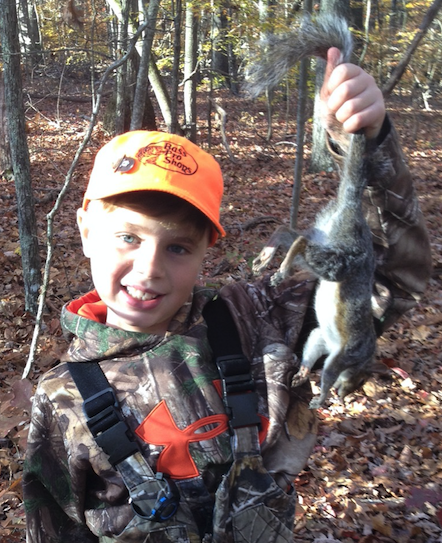 Ten-year-old Owen Whitehead was the youngest of five youth essay writers statewide to win a guided hunt and a lifetime hunting license, according to a press release.

“To enter, kids had to write an essay on the topic ‘What does hunting mean to me?’ The contest was open to youth ages 15 and under. The contest was in conjunction with the One Shot Turkey Hunt — a fundraising event benefiting The Wildlife Foundation of Virginia and Virginia Dept of Game and Inland Fisheries,” according to the release.

“The third-annual Old Dominion One Shot Turkey Hunt, scheduled (Friday and Saturday), will bring together hunters, landowners and hunting guides. Adult hunters in the one shot event pay a minimum of $1,000 to participate. This includes seats at a banquet Saturday night. The hunt will occur Saturday morning until noon.”

Owens resides in Williamsburg, and is a fourth grader at J.B. Blayton Elementary. He is the grandson of Larry and Barbara Whitehead, of Pamplin.