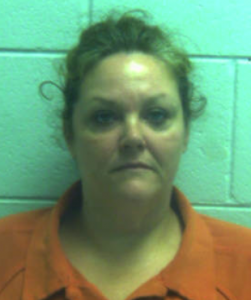 Wallace received an active sentence of two years in prison, 10 years of good behavior after being released and active supervised probation for two years. Wallace will also pay restitution to the Piedmont Area Task Force for the cost of the drug transactions involving the use of confidential informants who purchased the heroin with the task force’s money and the cost of the trials.

She will also lose her license for one year, according to Clark.

Wallace, along with Mable D. Patterson, was arrested March 9, 2016 following execution of a search warrant at the Town Motel, located at 1708 W. Third St.

“This was the result of an in-depth investigation into suspected heroin distribution that recently became apparent in the area,” a press release stated. “The search warrants were a result of a combined effort between the Farmville Police Department and the Piedmont Regional Narcotics and Gang Enforcement Task Force.”