Photos by Morgan White Participants begin the five-mile walk during the April 23 March for Babies event. 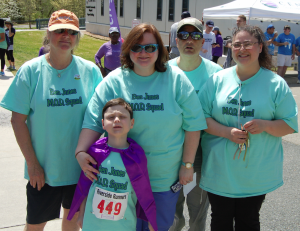 The March of Dimes’ annual March for Babies Walk on Sunday, April 23, at Centra Southside Community Hospital celebrated babies who struggled through premature births and honored those who’ve died. During the event, the organization presented Centra with a donation of $10,000. The event brought fundraising efforts to $16,000 for the year. A March of Dimes spokeswoman said the organization was still seeking donors to help the organization meet its $26,000 goal. 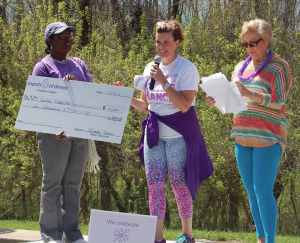