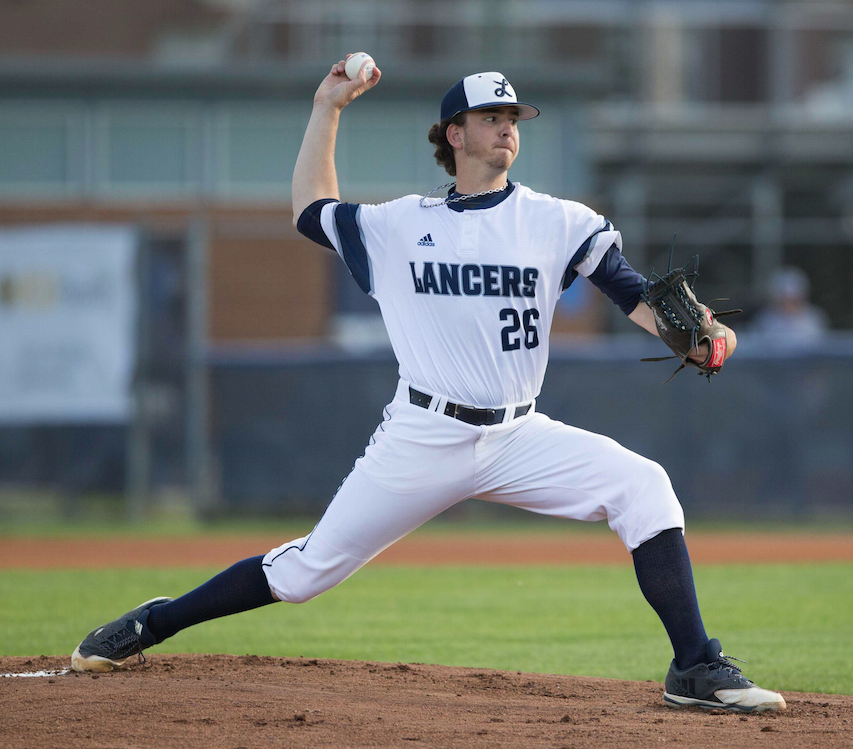 Longwood University senior right-handed pitcher Cody Wager has become the first baseball player in program history to be twice named Big South Pitcher of the Week. He received it the second time after pitching a complete game Thursday, throwing 13 strikeouts and allowing five hits and just one unearned run to help the Lancers achieve a 2-1 victory over visiting conference foe Presbyterian College. Wager won the Pitcher of the Week award for the first time earlier this season after he took a no-hit bid into the eighth inning against visiting Charleston Southern University on March 18, striking out 10 batters in 8.1 shutout innings with one walk and three hits allowed in a 1-0 victory. For Longwood, Wager (4-3) has transitioned back into the Friday-night role, the “ace” spot in the rotation.